What did Jesse Watters say about Dr. Fauci during his segment? 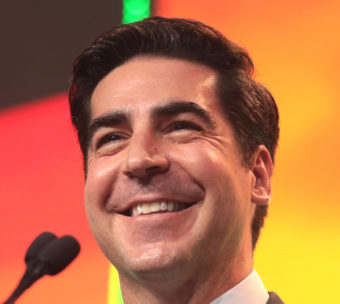 Dr. Fauci has criticized Jesse Watters for the remarks he made during his segment on Fox News. But, exactly, what did the Fox News journalist have to say?

On December 21, Dr. Fauci made a surprise appearance on CNN to clarify some of Jesse’s remarks at the Turning Point USA event over the weekend. He had emphasized that he was not pleased with what was stated and that Fox News should take immediate action.

What Did Jesse Watters Say About DR. Fauci?

Jesse asked the audience to “ambush” Dr. Fauci if they saw him in public when addressing them during his speech.

He said: “The kill shot, with an ambush—deadly, ’cause he doesn’t see it coming. This is when you say, ‘Dr. Fauci, you funded risky research at a sloppy Chinese lab, the same lab that sprung this pandemic on the world. You know why people don’t trust you, don’t you?’ Boom, he is dead! He is dead! He’s done!”

Following this, he further urged the audience to go ambush him as he noted: “You do that—30 seconds, it’s all you need. Now you get that footage to us, you get it to Fox… Imagine Tucker Carlson teases that.”

How Did Dr. Fauci Respond To This?

Appearing on CNN, Dr. Fauci addressed the comments that were made by Jesse. He said: “The only thing that I have ever done throughout these two years is to encourage people to practice good public-health practices, to get vaccinated, to be careful in public settings, to wear a mask. And for that, you have some guy out there saying that people should be giving me a kill shot to ambush me. I mean, what kind of craziness is there in society these days? That’s awful that he said that. And he’s going to go, very likely, unaccountable.”

He further added that Jesse “should be fired on the spot.” However, he believes that “whatever network he’s on is not going to do anything to him.”

Jesse’s comments were taken out of context, according to a Fox News spokesperson.

The statement read: “Based on watching the full clip and reading the entire transcript, it’s more than clear that Jesse Watters was using a metaphor for asking hard-hitting questions to Dr. Fauci about gain-of-function research and his words have been twisted completely out of context.”

As of yet, no additional comments have been made by the network.