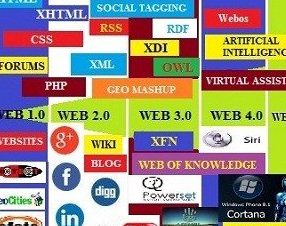 Elon Musk and Twitter co-founder Jack Dorsey recently sparked the spread of the phrase “Web3” by expressing their ideas on Twitter. Their ideas have inspired others to follow in suit. “Web4” is next on the list.

On Monday, Tesla CEO Elon Musk made headlines on Twitter by posting a clip from an interview between Bill Gates and David Letterman from 1995. He continued: “I’m not implying that web3 is real – it appears to be more of a marketing buzzword than anything right now – just wondering what the future will look like in 2051. Soon after, co-founder Jack Dorsey chimed in to say that it’s not just a social media site its, “somewhere between a and z”.

The comment was, “Web3” is “already under the control of venture capital firm Andreessen Horowitz”.

Web3, or Web 3.0, is the notion of a new version of the internet that is more decentralized. After designing Ethereum, Gavin Wood popularized the phrase in 2014. It’s gotten a lot of attention, and it particularly appeals to cryptocurrency enthusiasts and venture capital firms.

That isn’t to say, though, that when people use the phrase “Web 4,” they’re referring to anything. After all, Web 3.0 may have its supporters; at the very least, it has a basis in reality. We could be on the verge of entering an age in which decentralization is essential to economics and technology. The term “Web4” is only being discussed as speculation.

Web 2.0 and Web 3.0 are two types of online communication that are distinguished by decentralization. Furthermore, discussions about so-called “Web4,” or Web 4.0, usually center on people expressing their ideas for how it should look – or even jokingly discussing what they’d want it to look like. One Twitter user, for example, has attributed a line about what “Web4” would be based on to Albert Einstein.

Another has referenced the recent ubiquity of NFTs (non-fungible tokens), and said that everything in “Web4” will be “completely fungible”.