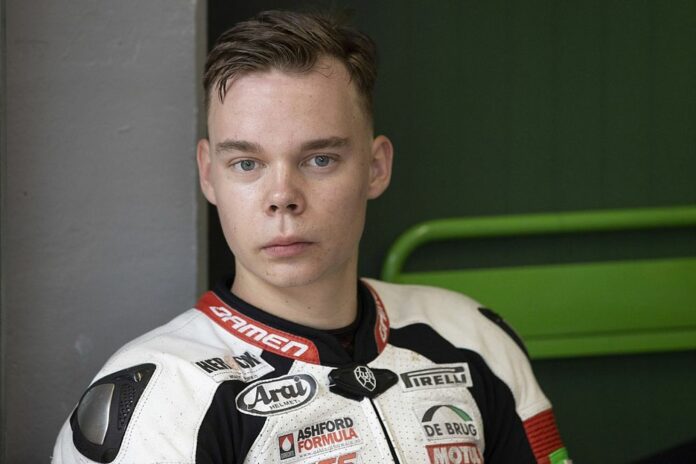 Victor Steeman was a popular Dutch motorcycle star. He was competing in World Supersports 300 (WorldSSP300) Championship in Portugal. He had amassed over four wins, five podiums, and three pole positions this season, Steeman was coming close to a chance of claiming the WorldSSP300 championship. He also recently became the rider with the most pole positions in the WorldSSP300 class and penned his signature in the history books at the Circuit de Barcelona-Catalunya.

The World Superbike Championship (WorldSBK) announced the tragic news of Steeman’s passing via its official Twitter account Tuesday, paying tribute to him while extending condolences to his loved ones.

How Did Victor Steeman’s Died?

Victor Steeman death came shortly after a British rider Chrissy Rouse died on Oct. 6 at the age of 26 due to a “significant” head injury he suffered from an accident at a British Superbike Championship earlier this month.

“We’re deeply saddened to report the loss of WorldSSP300 rider Victor Steeman,” the tweet said. “The WorldSBK family would like to send all our love to his family, team and loved ones. A great personality, a fierce racer and a legacy left embedded in our paddock forever. Ride in Peace, Victor.”

“Medical personnel and vehicles arrived at the site immediately and the rider was attended to trackside and at the circuit medical center before being transferred by helicopter to Faro Hospital,” the statement explained.

“Despite the best efforts of the circuit’s medical staff, marshals and hospital staff, Steeman has sadly succumbed to his injuries.”

Victor Steeman’s father and mother names are not known. Moreover, his death announcement also included a statement from Steeman’s family who revealed in death he was able to save a number of people through organ donation.

“Something you have always been afraid of as a parent of a motorcycle racer has now happened,” the family’s statement read. “Our Victor could not win this last race. Despite the unbearable loss and grief, we are extremely proud to share with you that our hero, through his passing, was able to save 5 other people by donating his organs. We would like to thank everyone for the way you have lived with us over the past few days. We will miss our Victor enormously.”

Victor Steeman was single and not dating anyone. This was because he was too busy with work and didn’t have time for a relationship.