Who Is Vicky White, Corrections Officer: Here’s what we know 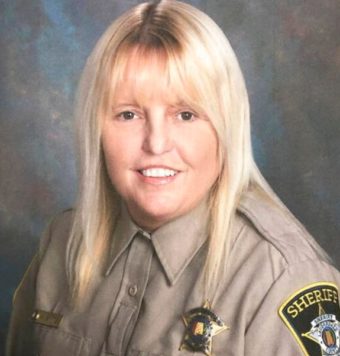 Vicky White, assistant director of corrections for Lauderdale County, took Casey White, the inmate, from jail Friday morning, saying she was taking the prisoner to the county courthouse. Authorities in Alabama are hunting for a prison guard and an inmate charged with murder who vanished on Friday.

The two, who aren’t related, have not been seen since and the US Marshals Service is offering up to $10,000 for information leading to their arrest and location. A warrant for Vicky White’s arrest was issued on charges of facilitating or enabling escape in the first degree, according to Lauderdale County Sheriff Rick Singleton. Who Is Vicky White, Corrections Officer: Here’s what we know.

Vicky White stated that she was transporting Casey White for a mental health assessment when she removed him from jail. She said she would get medical treatment immediately after releasing the prisoner at the courthouse because she was not feeling well.

According to Singleton, authorities learned later that no such evaluation or any court hearing had been scheduled for Casey White on that day, and Vicky White never made it to the location where she was to receive medical attention. That same afternoon, jail officials attempted to contact Vicky White but were unable to reach her. It was then that they learned that Casey White had not been returned to the jail.

According to Singleton, authorities are analyzing every option, including whether the correction officer helped Casey White flee. “If she did this willingly, and all indications are that she did,” Singleton told CNN’s Ryan Young. “I guess we’re trying to hold on to that last straw of hope that maybe for some reason she was threatened and did this under coercion… but absolutely you’d feel betrayed,” Singleton said Monday.

“Knowing the inmate, I think she’s in danger whatever the circumstances,” Singleton said Friday. He was in jail for capital murder, and he had nothing to lose. Whether she assisted him or not we don’t know, and we won’t address that until we have absolute proof that that’s what happened. We are assuming at this point that she was taken against her will unless we can absolutely prove otherwise. But regardless, even if she did assist him, we think she’s in danger,” Singleton said.

Vicky White Is An ‘Exemplary Employee’

Vicky White submitted her retirement papers last Friday, the sheriff said, and she was scheduled to finish work for the department the following day. She had discussed leaving for three or four months before Friday’s event, and she considered moving to the beach.

“She does a fantastic job,” Singleton told CNN’s Fredricka Whitfield Saturday morning. “All of her co-workers, all the people in the sheriff’s office, the judges, and everyone else has a lot of respect for her,” he added. We’re concerned for her safety because she has an unblemished record and is an outstanding employee. Vicky White is a widow with no children, according to the sheriff.

“As a mother, I didn’t know how to act because I thought at first it was a mistake,” Davis said. “And then when I found out for sure it was, it was just disbelief.”

Vicky White had just sold her house and was living with her mother for the previous five weeks, according to Davis. The mother claimed that Vicky never spoke about job, retirement, or Casey White. “I didn’t know anything about him,” Davis said. “We don’t know if she was took by force or if she was voluntarily in this. But we just want her back. That’s all we want.”