Who are Venus and Serena Williams’ Other Sisters: Explored 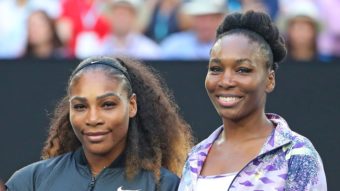 Venus and Serena Williams are two of the greatest tennis stars of all time, and much of their success can be attributed to their father, Richard Williams. The sisters’ professional and personal relationship with Richard is the subject of the newly-released film King Richard, which stars Will Smith as the titular “king.”

Hailed by the New Yorker as “the world’s most successful tennis dad,” Williams began training his daughters when they were 4 years old. His top priority was ensuring Venus and Serena’s success, and his dedication paid off starting when Serena won the US Open in 1999, and in 2000, when Venus did the same at Wimbledon.

Since then, the Williams sisters have garnered 30 Grand Slam titles individually, 14 Grand Slams together as doubles partners, and three Olympic gold medals.

Who are Venus and Serena Williams’ Other Sisters?

Serena is the eldest one of Oracene Price’s daughters. She is the Grand Slam winner and her older sister Venus have three half-sisters on the maternal side, including Yetunde Lyndrea and Isha Price.

In an interview during a recent appearance on Jada Pinkkett Smith’s Red Table Talk on Facebook the sisters present with their mother talked about their sister, Yetunde Price who was killed in 2003.

Yetunde one of the eldest of Oracene’s five children , was reported to have beenmistakenly killed in the suspected gang’s house in Compton.

As it appears, Serena and Venus have close relationships with their half-sisters from both sides of their mom’s. Serena posted a picture on Insta in which she was taken on a trip to a warm area with her sister Lyndrea.

Williams was laser-focused on coaching Venus and Serena

Serena opened up about how their mother, Oracene Price, financially supported the family while their father trained them on the court. Serena recalled him saying, “This is what we’re going to do. I’m not going to have a job. I’m gonna go with Venus and Serena, and train them every day.”

Though their father gave them the tools to thrive as athletes, Serena says she and her sister would have never succeeded without their mother. “[Our mom] had to support seven people, as a family of seven,” Serena told People. “To have that faith and to have that back end support, we wouldn’t have survived without that.”

Serena grew up in blended family with her parents, her sister Venus, and her three half-sisters — Yetunde, Isha, and Lyndrea — whom her mother had during a previous marriage. Serena and Venus are still close with Isha and Lyndrea; Yetunde died tragically in 2003.