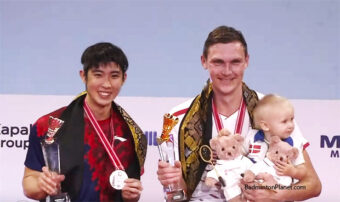 Vega Rohde Axelsen has also a younger sister named, Aya Rohde Axelson, who was born on 7 October 2022. Her father, Axelsen is also a fluent speaker of English and Mandarin, giving himself a Chinese name of 安賽龍.

Natalia Koch Rohde is happily in a relationship with Viktor Axelsen. On October 15, 2020 they joyfully welcomed their first daughter Vega Rohde Axelsen into the world, and two years later on 7 October 2022 were blessed with another little girl named Aya Rohde Axelsen.

In addition to this, Axelsen was born in Odense, and at six years old, his father introduced him to badminton, playing the games at the Odense badminton club.