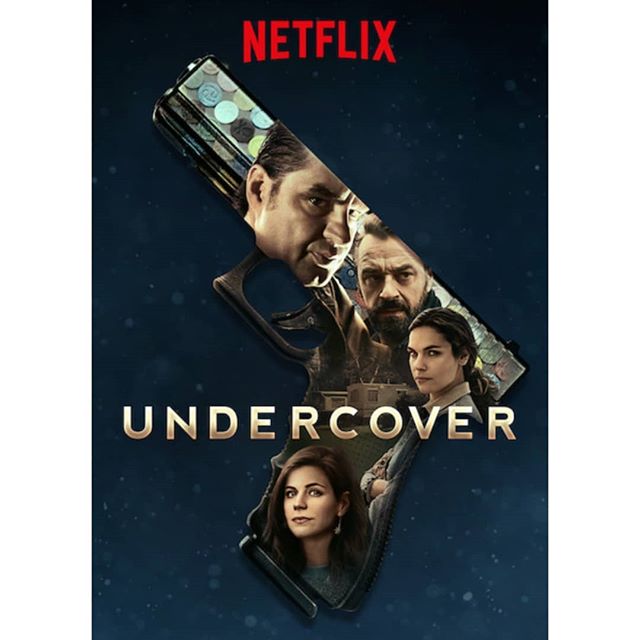 Undercover is a 2019 Belgian-Dutch Dutch-language crime drama web television series. The series is inspired from real events. It is a co-production between Netflix and public Belgium TV station Eén. Get ready for a new case, a new villain and your new favorite thriller. Undercover 2 is on its way!

What is the release date of Undercover Season 2? Among the 10 titles from nine countries chosen to compete in the 2018 Canneseries TV festival. Co-produced by Jan Theys (“Salamander”). Undercover’s Season 2 is releasing on 9 November, 2020. In addition, the new season aired on Eén.

Anna Drijver is a Dutch actress and model. She is active on social media platfroms and has an immense fan folloiwng there.

Frank Lammers is a well known and phenomenal Dutch television and film actor.He won a “Best Actor” Golden Calf for his work in Nachtrit, in 2006.

Elise Schaap is a Dutch actress and singer. She is well known for her acting skills. After high school she studied communication sciences at the University of Amsterdam and got a permanent role in the youth series Hotnews.nl .

Raymond Thiry who was born on 29 September 1959 is a well known Dutch actor. He has appeared in more than eighty films since 1994.

Less than a year after the events of season one, Kim (Anna Drijver) works at Human Rights. With the help from her ex-colleague Bob (Tom Waes), her research into an illegal arms trade in Syria leads her to El Dorado Ranch, a country and western ranch in the Belgium flatlands. Bob goes undercover and tries to get in the good graces of the arms-dealing Berger brothers. From behind bars, Ferry (Frank Lammers) continues his search for the true identity of the undercover agents that arrested him. Polly is trying to figure out who her father really is.