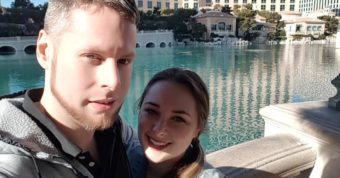 Fans were left confused when YouTuber Troydan released a worrying statement, but the creator eventually clarified they had broken up.

It’s very common to go on social media and console ourselves when we’re sad. When you’re in the public eye, though, expect thousands of people to speculate about what happened. He found himself in a bind after his Twitter message got misunderstood, and he was bombarded with well-wishes. As a result, he had to clarify the meaning of the tweet.

According to the Canadian creator on Monday, January 24, 2022, this message was sent out, generating a lot of worry:

Thousands of fans were relieved when the rapper tweeted that he will not be deleting his three million-strong subscriber channel. However, one fan mused that perhaps he had lost his NBA 2K account or second channel, Troydan Reacts?

Fans were relieved when Troydan reassured them that he would go on stream to provide a real-time update:

However, the news was not good. On stream, Troydan, real name Daniel Warren-Biers, wasn’t his usual energetic self. He disclosed that he had broken up with his girlfriend Kaila. He declared that he “was miserable at the time” and that he “couldn’t see how could go on.”

What went down between Troydan and Kaila?

The split appeared to have occurred only five to six hours before the broadcast. Troydan said, “There are some additional things going on,” but emphasized that the breakup was the major issue and was causing “other circumstances” to emerge.

It’s probable that Kaila was the one who started the breakup, as Warren-Biers appears to be fighting to convey the problem without shedding tears for two hours. He also explains that it was because he wasn’t there for her that the couple split, and that “it was my fault” because I “wasn’t there for her.”

Troydan also spoke about the stress of creating material and how it was affecting him due to burnout and having to make mental and personal sacrifices for his eight-year career. “Money can’t solve your problems,” he said. “You might have all the money in the world, but if you’re empty inside, it won’t make a difference.”

The heat of the moment, according to him, was to blame for the worrisome tweet. He added that he wouldn’t do anything to worry fans.

How long were they dating?

It’s unclear when the pair first became acquainted, but they had been dating for at least a month by September 2020.

Kaila playfully responded to his photo in an attempt to make him laugh: “So smoldering.” We hope that Troydan and Kaila’s relationship improves soon.

Leyna Bloom Before: Things to Know About the ‘Sports Illustrated’ Model