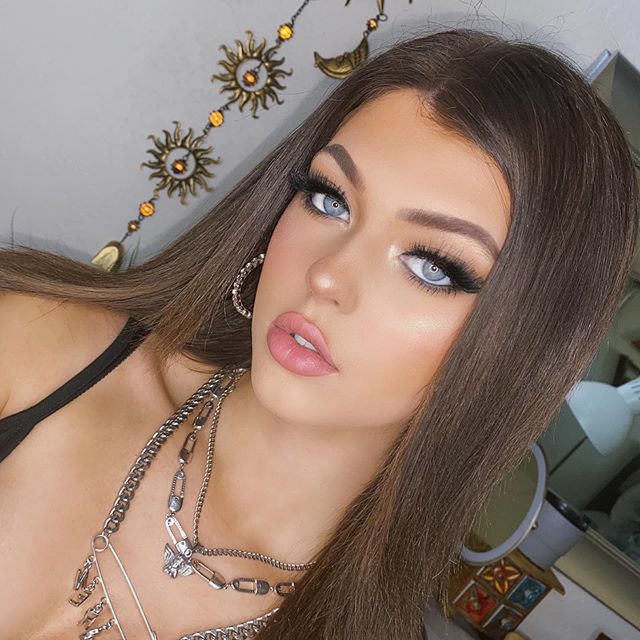 Loren Gray Beech is an American singer and social media personality from Pottstown, Pennsylvania. She is very unique in her own ways. She is a shining stars and has over 42.6 million Tik Tok followers, 19.2 million Instagram followers, and 3.74 million YouTube subscribers, as of May 2020.

TikTok star Loren Gray opens up about being a survivor of sexual assault, at the age of 12!

Her biggest motivation to do anything but sleep!

She thinks sleep is just as important as diet and exercise. In general, exercising regularly makes it easier to fall asleep and contributes to sounder sleep. However, exercising sporadically or right before going to bed will make falling asleep more difficult.

She loves crying for no reason!

A “good” cry is muddled, certainly anecdotally many of us have experienced that feeling of release and relief after letting the tears flow. One older theory is that because tears contain stress hormones, crying is a way to flush those hormones out of the body, reducing negativity in the process.

She loves her followers and fans a lot!

Thank u guys i literally love u more than anything and u are and have always been my entire world !

She is a kind hearted and believes in feeding hungry and poor people!

So far we’ve raised $11,800 to no kids hungry and that really makes me happy

She is a quote lover!

Never hold on to a toxic situation because of you’re “used to it”. Someone loves you, and it’s not them.

Loren cites Eminem as one of her favorite artists!

Loren is very inspired from Eminem. She adores him a lot and want to be like him. Eminem is an American rapper, songwriter, and record producer. He is also known for collaborations with fellow Detroit-based rapper Royce da 5’9″; the two are collectively known as Bad Meets Evil.

She began to get bullied at school!

After gaining a large following on musical.ly in 6th grade, she began to get bullied at school. She eventually moved to Los Angeles and grew her other social media platforms.

Loren is the second most-followed individual on TikTok!

In 2015, Loren joined the lip syncing platform TikTok. She has 43 million+ followers on her Tik Tok account and over 2.4 B likes. She rose her fame through this Platform and now also known as social media star! In addition, she has more than 19.2 million Instagram followers and more than 3.73 million YouTube subscribers, as of May 2020.

It is the monopoly which keeps loren busy in her spare time. Monopoly is a board game currently published by Hasbro. In the game, players roll two six-sided dice to move around the game board, buying and trading properties, and developing them with houses and hotels.