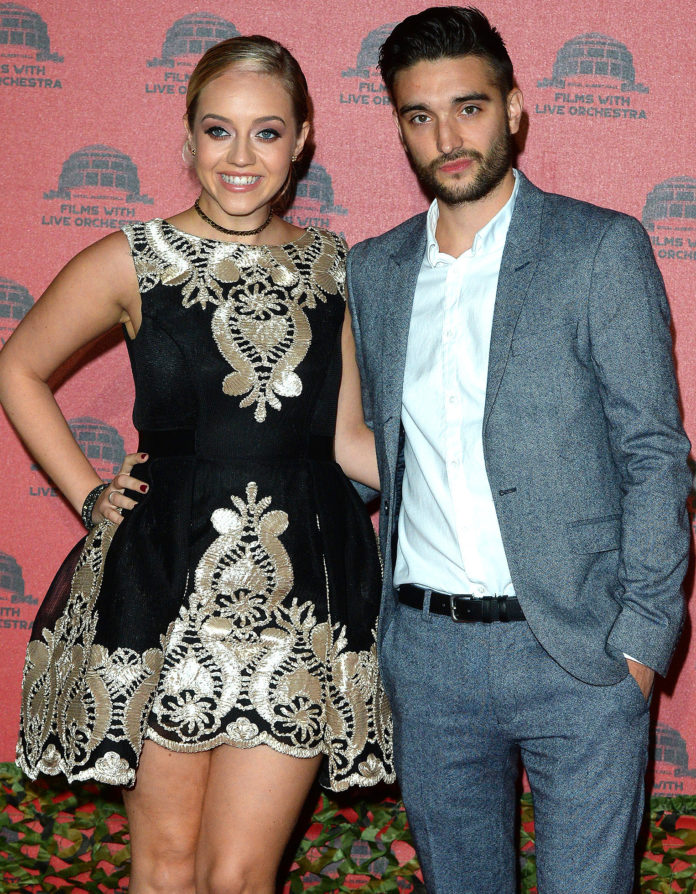 The pop singer’s widow, Kelsey, whom he married in 2018, broke down as she led a cortege featuring three black horses through Petts Wood on Wednesday. Kelsey had asked people to congregate outside the Saint Francis of Assisi Parish Church in Petts Wood for the 10:45am service, where screens broadcasted the ceremony. Flowers spelling out the word “Daddy” were positioned on each side of the carriage, and a red rose sign was hung from the front reading “Tom.”

On March 30, 2018, Member of the British boy band The Wanted passed away at the age of 33, following a two-year struggle with stage 4 glioblastoma. As the black coffin was brought into the church, Champagne Supernova by Oasis played. It had been reported that Tom requested to hear ‘Live Forever,’ the final song by Oasis, in his dying moments. Meet Tom Parker’s Wife Kelsey Hardwick And Children.

Tom Parker was introduced to the guitar by his older brother. In 2011, he started dating Kelsey Hardwick; they got engaged in 2016 and married in 2018. In summer 2019, they gave birth to their daughter. Their second child, a son named Bodhi, was born in October 2020. Tom Parker’s widow Kelsey paid her ‘soulmate’ a subtle tribute on Wednesday at his funeral in south-east London.

Kelsey – whom he married in 2018 – wore a stunning personalised gold hair clip during the heartbreaking ceremony which had ‘Tom’ written in silver gems. The mother-of-two also wore The Wanted singer’s silver wedding ring as she broke down in tears and said her final goodbye.

Tom’s two children, Aurelia, two, and Bodhi, one, carried flowers spelling out the word “Daddy” into the church carefully. Handprints of his two young children were placed on top of the funeral coach in another touching homage. A flowered sign that read “Tom” in red roses was hung from the front of the hearse as it traveled to the church.

Kelsey was joined by her family, friends and fans to say their final goodbye to the singer who tragically died aged 33 last month after a battle with brain cancer.

She broke down in tears after paying tribute to her ‘soulmate’ at the popstar’s funeral on Wednesday, saying: ‘If love alone could have saved you, you would have lived forever’.

Kelsey broke down as she left the service and kissed Tom’s coffin, after earlier leading the funeral procession of a horse and carriage through the streets of the couple’s local community.

The Wanted bandmember died on March 30 aged 33 surrounded by his loved ones and bandmates, following a two-year battle with stage 4 glioblastoma.

A pre-recorded message from Kelsey was played at his funeral service within which she shared anecdotes about how the pair first met at a nightclub before he shot to fame with The Wanted, adding ‘From that moment I told everyone I wanted to marry Tom Parker.’