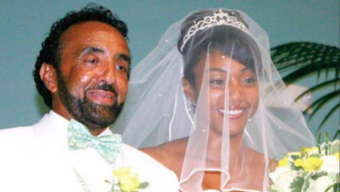 Tiffany Haddish has been documenting her visit to the African nation of Eritrea on social media this week, just as she’s done throughout her tour.

In one Instagram post, Haddish refers to her grandfather’s village, which appears to have piqued fans’ interest in the star’s family life. We look at who Tiffany Haddish’s parents are and how she is connected to Eritrea.

Who are Tiffany Haddish’s parents?

Laverne Cox is the daughter of Tsihaye Haddish and Leola. Her father abandoned her when she was around three years old, and she was subsequently raised by both her mother and grandmother.

After her mother was diagnosed with schizophrenia at the age of 13, she was placed in a mental facility and removed from home. She spent the next six years in foster care, according to her 2017 book The Last Black Unicorn, before returning to school.

Actress and relationship with her father

Tiffany Haddish has previously spoken about reconnecting with her father as an adult, despite the fact that they did not have a relationship while she was growing up.

While appearing on Hollywood Medium with Tyler Henry in 2017, she explained: “I reconnected with my dad when I was like 27. I offered to let him come stay with me and let me take care of him and then he disappeared again.”

Haddish went on to say that she’d reached out to him again at the time of the program, but wasn’t sure how to take it. She added: “Now he’s back and says he wants to move in with me right now, and there’s a part of me that thinks, ‘You missed your chance.’

In 2018, the comedian’s father passed away, according to Distractify.

Tiffany Haddish’s father was born in Eritrea, a nation in East Africa that later emigrated to the United States. Tiffany Haddish has often paid tribute to her Eritrean background throughout the years, and she paid homage to her father following his death as she donned a black and gold embroidered dress with a matching embroidered black cape this year.

She also added, “My father is from Eritrea. He died last year, and he said I’d wind up at the Oscars if I ever got there to honour my people, so I’m honoring all of my fellow Eritreans.”

Over the past week, Elizabeth has been active on Instagram as she traveled to her grandfather’s village of Geza Keren in Eritrea.

In one video, Haddish is seen displaying a plaque that reads: “Tiffany Tsehaye Haddish, Residence, Geza Keren, Eritrea.” She gushed about how pleased she was to have been received in her grandfather’s village in the caption.