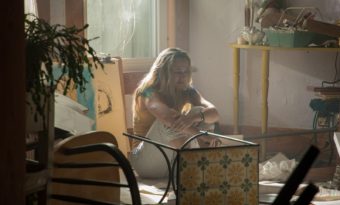 Kristen Bell stars in Netflix’s new original program The Woman in the House Across the Street from the Girl in the Window as a heartbroken and suffering woman who has experienced a traumatic loss.

Bell plays the mother of Anna’s character, who appears in The Woman in the House Across the Street from the Girl in the Window. Without giving anything away for those who haven’t seen it yet, Anna Bell’s character loses someone close to her, which causes her to become a recluse who spends every day sitting near a window drinking wine and watching life go by.

Anna was out in the rain with her friends on a day when it had not rained for weeks. She begins to develop a debilitating fear of rain so strong that she avoids going outside if the forecast predicts rain. Anna’s terror gets the best of her when she is out in the rain, causing her to faint or become frozen.

Given the series is a satire, Anna’s dread of rain has prompted many fans to inquire if it’s real or made-up.

Is the fear of rain a real thing?

If you’re watching The Woman in the House and wondering whether the dread of rain is a phobia, we can confirm that it’s a genuine and recognized phobia among doctors.

Fear of the rain is often discovered during childhood. It may also be caused by a traumatic experience in someone’s life connected to torrential rains or storms, according to Psychologist Arturo Bados.

Anna’s dread of the rain is explained in the program, which corresponds to how childhood experiences might induce adult phobias.

Pitch Perfect 4: Will We Ever See Season 4? Latest News & more

What is the fear of rain called?

Ombrophobia (or Pluviophobia) is the fear of rain. The term Ombrophobia comes from the Greek words “Ombros,” which mean “rain, rainfall; excessive moisture,” and phobos, which means “fear” or “horror” in Greek. In Greek mythology, Phobos was the god and personification of terror and panic.

Who is Dora’s boyfriend? Who is her cousin?