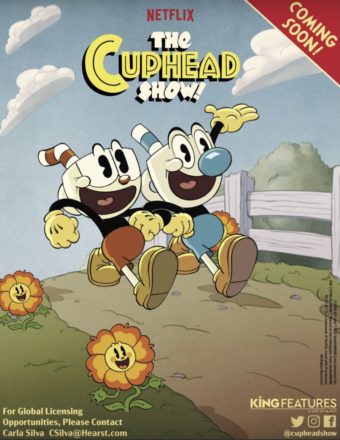 Cuphead’s animation instantly won over gamers when it was released on the Xbox 1 in 2017. Following Cupman and Mugman as they fight numerous bosses to pay back a deal with the devil, the game recalls Walt Disney Animation and Fleischer Studios’ rubber hose era.

On June 11, 2021, Netflix aired a trailer for the cartoon series, showcasing one of the show’s main antagonists as well as some neo-retro rubber hose animation. The teaser declared “The Cuphead Show!” in the same vein as Fleischer’s old Cab Calloway shorts. Here is what we know so far about the forthcoming season.

When is The Cuphead Show coming to Netflix?

The first trailer for “The Cuphead Show!” offered no more specifics than a straightforward “Coming Soon.” According to Polygon, the program is expected to debut in 2021.

Usually, programs are not revealed in trade publications until they are already underway, therefore production and post-production have two years to complete the series.

The number of days it takes to complete a cartoon series is nevertheless very close to the typical time it takes for a comedy program to go from writing to broadcast, despite the fact that there was no film or television production for a year owing to the worldwide pandemic.

In 2021, Netflix will premiere the fifth season of “Money Heist” and Season 2 of the Tim Robinson sketch comedy series “I Think You Should Leave,” as well as a genderswapped remake of “She’s All That” that nearly shut down COVID testing at Los Angeles’ Union Station in 2020, according to ABC 7 News.

The Cuphead Show Cast and Characters

Luke Millington-Drake as The Devil

Who is in the cast of The Cuphead Show?

Brady is best recognized for his role on “Whose Line Is it Anyway?” He’s done voices for shows like “The Loud House,” “Phineas and Ferb: The Movie,” and “American Dad!”

The “The Cuphead Show!” has many more actors mentioned on its IMDb page, but Deadline confirmed that only Brady was involved. Ms. Chalice is played by Grey DeLisle-Griffin, according to IMDb, a voice-over veteran with credits comparable to those of pros like Frank Welker and Tress MacNeille (who are both frequent collaborators of hers).

She was the voice of Mandy on “The Grim Adventures of Billy & Mandy,” Daphne on “Scooby-Doo,” Azula on “Avatar: The Last Airbender,” and she took over for Russi Taylor as the voices of Martin Prince, Sherri and Terri in “The Simpsons” after she passed away.

What is the plot of The Cuphead Show?

The “The Cuphead Show!” will not be a straightforward retelling of the game’s story. The series will function as a prequel to the game when it debuts at Annecy Animation Festival in 2020.

“All of the bosses from the game were included into our project,” director Cosmo Segurson announced, according to Polygon. It appears likely that a prequel would show how the cup brothers ended up in their current predicament due to an agreement with the devil; after all, depicting how they got there is one of the themes of the game itself.

“We don’t want to give away any spoilers,” said Segurson, “but the writers spent time figuring out that bond between Cup and Mugman, as well as characters whom everyone is familiar with in the game, and giving them a voice and backstory.

That’s been a lot of fun for the team.” According to Deadline, Cuphead and Mugman have been fleshed out as one being more active and impulsive (Cuphead), while the other being more cautious but easily influenced (Mugman).