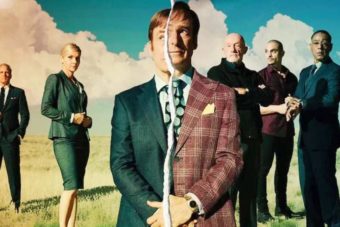 Better Call Saul is a prequel to Breaking Bad and is set primarily in Albuquerque, New Mexico. Unlike its predecessor, you get to see how a few key characters from the original series come to be. The show created by Vince Gilligan first aired on AMC in 2015 and delivered four subsequent seasons; the current season airing near 2020.

Continuing to follow the character, Jimmy McGill (a.k.a Saul Goodman), Better Call Saul follows his transition into a greedy and well-known corporate lawyer. The Emmy winning actor, Bob Odenkirk, comes back to this career-defining role and is joined by his well-known co-stars: Giancarlo Esposito and Jonathan Banks.

Better Call Saul is a prequel to ‘Breaking Bad,’ set before the events in the series. It flips between scenes from when James McGill was always known as Saul Goodman, and scenes from his life before “Breaking Bad.”

Judging from the “Better Call Saul” fifth season finale, the final 13 episodes are expected to resolve the cliffhanger involving Lalo Salamanca, who will indeed be seeking retribution for the assassination attempt on him. But who will bear the price – Gus or Nacho? It’ll be fascinating to see how these characters get through this chaos about to unfold!

“Better Call Saul” fans (including myself) are also hoping to see a cameo performance of Walter White himself, ever since Cranston stated his desire that he reprise the role in the follow-up. If Gould and Gilligan decide to go down the same route is yet to be determined.

In 2020 creator Peter Gould teased the sixth season during an interview for The Hollywood Reporter. “I think by the time you finish watching Better Call Saul, you’re going to see Breaking Bad in a very different light,” Gould told the reporter, adding that viewers would “learn things about the characters in Breaking Bad that we didn’t know.”

Gould is hoping that the work that he and Gilligan have accomplished over the last 13 years will come in “like a perfect jigsaw puzzle.” We’re hoping so too.