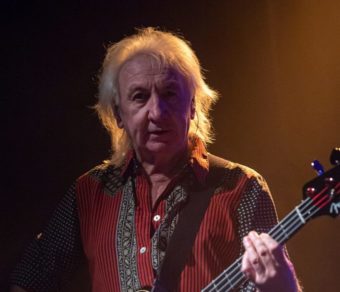 Fans of the band Smokie are mourning the death of original member Terry Uttley, who passed away this week. “Musician, Gentleman, and Friend” was one tribute. He’s a “legend,” according to another tribute.

Who was Terry Uttley?

Terence “Terry” David Uttley was a well-known bass player for British band Smokie. Terry was born on June 9, 1951, and got his start in music at the age of 14 as the bassist for The Yen. Original Smokie members Ron Kelly, Chris Norman, and Alan Silson had been performing as The Yen since 1963 and were searching for a bass player. In 1965, Terry joined The Yen, who then went by the name Heatwave. The Sphynx, Essence, The Four Corners, and subsequently The Elizabethans were all name changes for the band. They eventually decided on Smokie after several others.

Terry Uttley was a constant member of the band as it changed form over the seven decades since its inception. He played bass guitar and sang for the group.

The Smokie website was updated with a brief statement about Terry’s death, paying homage to their former bandmate:

“It is with very heavy hearts and tear-filled eyes that we share the news that our beloved friend and bandmate, Terry, has passed away after a short illness. Steve, Martin, Mick and Pete are devastated and deeply saddened by his sudden and unexpected passing. Terry was a dear friend, a loving father, and was an incredible person and musician.”

“We all feel extremely lucky to have shared such a long lifetime and the stage with him. Peace and love to all who knew Terry, and those he touched. We will miss him dearly,” the statement continues.

It concludes asking fans, friends and colleagues “around the world to respect the privacy of the family and band members at this time.”

More on Terry’s time with Smokie

Terry has released 21 studio albums as Smokie, starting with Pass It Around in 1975 and culminating with Take a Minute in 2010. Their success in the music business even prompted the group to collaborate with Agnetha Fältskog on “Once Burned Twice Shy” from her first English solo album Wrap Your Arms Around Me.

The band is still going strong after seven decades together. Many tributes to the late bass guitarist mentioned that they had seen Smokie perform in recent months, and he was “on great form.” Our thoughts are with Terry Uttley’s family, friends, and Smokie bandmates during this difficult time.