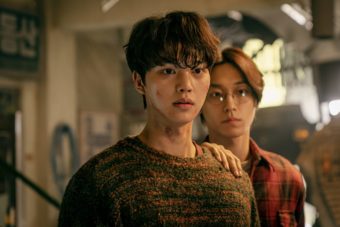 Sweet Home, Netflix’s latest K-drama horror series, appears to be a hit with the public. While Netflix has yet to renew Sweet Home for a second season, subscribers of the streaming service are already anticipating one. The Netflix Original Korean sci-fi series is based on Yongchan Hwang’s webtoon comic of the same name.

Within the first three days of its online debut, according to Decider, the show entered Netflix’s Top 10 list. According to the webtoon’s description, the thriller’s synopsis states: Following an unexpected family tragedy, a reclusive high school student is forced to leave his home — only to face something far scarier: a reality in which monsters are attempting to exterminate humanity.

Now he must join forces with a group of hesitant heroes in order to prevent the planet from being destroyed before it’s too late. Now available as a Netflix Original Series.

When Will ‘Sweet Home’ Season 2 Release?

Unfortunately for fans, Netflix has yet to confirm the show’s second season. Season 2 is expected to begin filming in December 2021, according on rumors, but Netflix debunked them.

“Nothing has been decided yet regarding the production of [“Sweet Home”] Season 2,” Netflix says.

Who knows what the future may hold? The show appears to be a hit, and there’s plenty of material to work with in future episodes.

The Sweet Home Webtoon series has 140 chapters, and several fans observed that certain plots have yet to be addressed in the first season.

‘Sweet Home’ Season 2 Plot: What Is It All About?

Season 1 focused on a community of people who band together to defend mankind from monsters attempting to destroy it.

The characters of Sweet Home must decide whether to collaborate or go it alone, resulting in interesting character developments and storylines over ten episodes. Future installments could explore this theme further.

Only a few survivors were left at the end of season 1 after the Green Houses, only a handful of them made it out of there alive.

Who Will Be In The Cast Of ‘Sweet Home’ Season 2?

If and when Netflix confirms the series, it’ll be fascinating to see who will join Sweet Home Season 2.