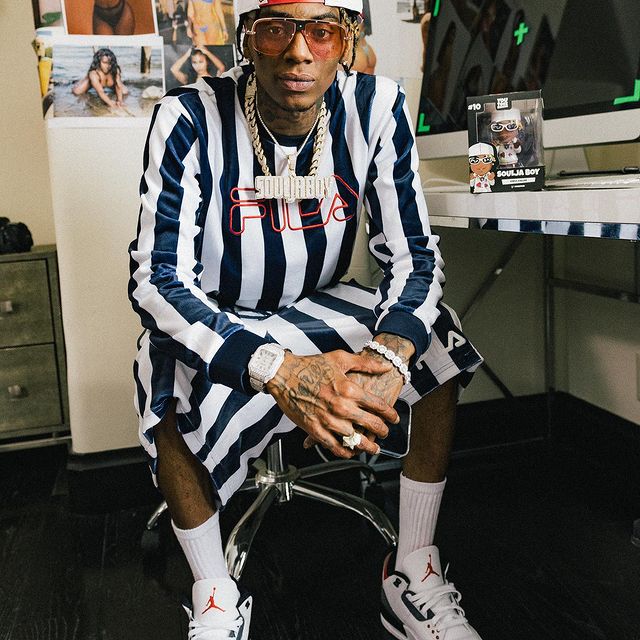 Soulja Boy, a Twitch streamer and renowned artist known as DeAndre Cortez Way, is threatening to sue Amazon’s owned platform after being banned twice in one day. Soulja Boy, a rapper and internet celebrity, has become one of the most entertaining streamers on Twitch by playing games or engaging with his audience. His hyperactive nature has enthralled viewers, but he’s been silent for five days now.

The performance artist’s account was banned from Twitch on December 10, but he was unbanned just five minutes later. He was subsequently banned four hours later, and his suspension has yet to be lifted.He claimed that he has the right to sue Twitch since they haven’t given a reason for his ban.

On December 15, the streamer took to Twitter to voice his frustration with Twitch, accusing the site of “racism” in the process.

“I can’t believe Twitch can just ban you without any proof or explanation. This doesn’t feel right. I gotta sue these people,” he said in one tweet. “If y’all don’t give me my account back I’m taking y’all to court.”

The posts continued, with the artist asking who the CEO of Twitch was before reaffirming his intent to potentially sue the platform.

“I need the best lawyer money can buy. DM me, I got millions. I wanna sue Twitch. I feel like they [are] racist. They ban me without [any] explanation I will not stand for this,” he remarked.

Soulja Boy isn’t the only streamer taking Twitch to court over a ban. Back in August, Dr Disrespect said he plans on suing the site after learning why he was mysteriously permanently banned in the summer of 2020.

Whether or not the rapper goes through with his plans to sue are unclear, nor is there any indication on how long Twitch has suspended him for.