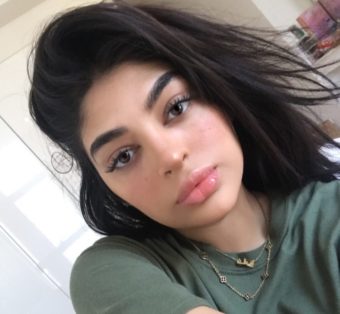 Sisters of the influential SoniaxFyza have been receiving a lot of hate on the internet after an audio video of Fyza Ali using racial slurs to get attention went viral. Since they’ve been battling, the duo have also been unable to secure brand sponsorships that they depend on financially.

Despite the 29-year old Fyza Ali having to deal with a huge criticism on social media after the leak of audio She did not apologize for her actions. The 29-year old stood her ground on her decision and, in an Instagram reply, she said that people should “know both sides” before responding to the leak.

Their shared Instagram has more than 1 million users on Instagram as well as a fashionable line that includes Missguided. The majority the posts they post are trend – and makeup-focused.

SoniaxFyza are now a cult couple in social networks. They are most well-known for their posts on makeup and the striking resemblance they share with “Keeping Up With the Kardashians” stars Kim Kardashian and Kylie Jenner.

Who is The Strongest Avenger? Top 7 Are Here

Their shared Instagram account has more than one million followers. They’ve collaborated with many brands such as Missguided as well as SheIn.

The audio clip became quickly on Snapchat. Fyza was heard making racist slurs directed at an individual who was allegedly speaking inappropriately to their mother.

“Just because I am a social media influencer does not mean I don’t have the sane rights as anyone else to defend myself.”

She continued to write:

“I won’t apologise for defending myself in anger because I simply had enough, and stop trying to claim my sister and I, we have nothing to do with your community or your people no matter how much you want to force it or convince us or yourselves or even people we know because we simply don’t care.”