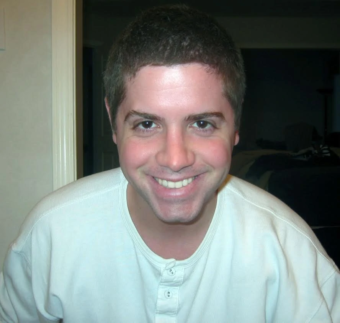 Richard Lowtax Kyanka, founder of the humor website Something Awful, , has reportedly died at 45. Fragmaster, the forum administrator of the site, confirmed his passing. Richard ‘Lowtax’ Kyanka, the founder of Something Awful and a key influence on aspects of modern internet culture, has died at the age of 45.

The news was initially posted to Something Awful by longtime forum administrator Fragmaster, who was a personal friend of Kyanka, and Motherboard managed to confirm with the Lee’s Summit Missouri police department that Kyanka died by suicide on November 9.

Richard was 45 years of age.

Fragmaster wrote “I guess it’s not a joke, especially since this is the first time I’ve posted in like 10 years or so. But Rich gave me the bad news today. Lowtax has died.”

He continued: “I didn’t ask for details. Details are not my specialty. I don’t know the current opinion of Rich. I am not here to answer any questions. This news is not something I want to share. Here you go.

Richard’s partner, LadyAmbien (on Something Awful), confirmed his death via a forum post.

Who was Richard Kyanka?

Richard Kyanka is well-known as the founder and administrator of the blog and forum site Something Awful.

According to his facebook account, he lived in Lees Summit and attended Vanderbilt University. He later left the university.

Richard was also a GameSpy writer, according to his profile.

He ran the YouTube channel Gaming Garbage, where he uploaded and made videos about playing video games.

What is something Awful?

Richard started Something Awful as a personal blog in 1999. It quickly grew into a website with articles, forums and media reviews.

Gizmodo listed the website on their list of ‘100 Websites that Shaped the Internet As We Know It’. They ranked the forum site number 89.

Richard spoke out about how the website idea came together in an interview with Vice in 2017.

“Something Awful” was a catchphrase I used to use. He said, “Wow, that Del Taco Burrito sure IS something awful.” “One day, I said, ‘I should really register that website,” my friend replied, “What are we going to put there?” I answered, “I don’t know, I just want to register it.”