What is the release date of Sherlock Holmes 3: cast, crew & plot 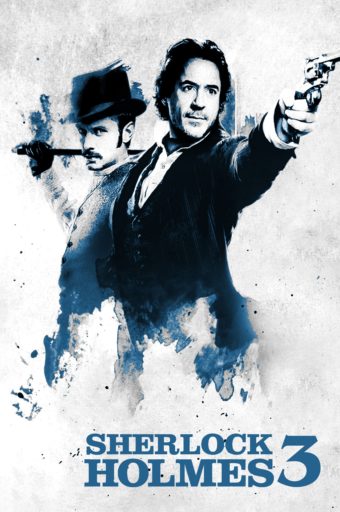 Sherlock Holmes 3 was supposed to be released in December 2021, but fans already know that won’t happen as filming hasn’t even begun. It’ll come as no surprise to learn that the continued global crisis is to blame for the film’s delayed arrival, much like every other film and TV program has been impacted during the past year or so.

“We started going and then Covid hit, and they were like, ‘Look we’re going to stand it down and Robert has got something else he wants to do’,” explained Dexter Fletcher in June 2021.

“These things are so big that you don’t wanna just chisel them into something… I know that Robert will not let that fish off the hook.”

In July 2019, Fletcher replaced Guy Ritchie as the director of Sherlock Holmes 3, and at least the most recent update is encouraging in that we may see a comeback from Robert Downey Jr., Jude Law, Sherlock Holmes, Dr. Watson in the future.

That is when things get really interesting. However, what will happen after that remains to be seen, although in the meantime, here’s everything you need to know about Sherlock Holmes 3.

Warner Bros initially intended to release the third film on December 25, 2020, before pushing it back a year to December 22, 2021.

The long-delayed Third Installment of Sherlock Holmes will not debut at the end of 2020 as originally planned. However, according to Fletcher, it will not be released until 2021 or 2022. The sequel was initially expected to release in 2020, but has yet to do so.

“How can you get a large collection of people together to develop something, then move them all over the planet?” he asked.Since, however, a number of major productions have been filming, the ongoing world situation has again resulted in numerous films and TV shows being halted. As a result, it’s uncertain when the third film will be able to continue shooting.

The first two Sherlock Holmes films were released in December, and since that was a success at the box office, we expect the third film to follow suit, so maybe December 2022?

In the third film, Robert Downey Jr. and Jude Law will reprise their roles as Sherlock Holmes and Dr. John Watson, obviously since it wouldn’t be the same without their bromance.

There has been no confirmation on whether Kelly Reilly (Mary Watson), Stephen Fry (Mycroft Sherlock’s brother) or Eddie Marsan (Inspector Lestrade) will return, but we would be shocked if they don’t have a brief appearance.

However, we wouldn’t bank on a comeback for Professor James Moriarty, who was superbly portrayed by Jared Harris.

“We want it to be the finest in the series, which is a pretty tall order,” Downey has stated of the third film. So who among Sherlock’s prior baddies will he face this time? In the first film, Sherlock Holmes and Dr. John Watson confront Lord Henry Blackwood (Mark Strong) in a parallel universe where beings from other dimensions have been given free reign to alter history as they see fit. In the second installment, we saw Sherlock’s arch-enemy Professor James Moriarty (Jared Harris).

As previously said, a comeback by Harris appears unlikely. Holmes himself was supposed to have perished in the same calamity, but the investigator faked his death and secretly showed up at Watson’s workplace instead.

I’m going to go ahead and say that, based on the trailer, this will be the final season of Sherlock. I’ll add that while Moriarty is absent from the finale, he may appear in future seasons as a supporting character or even take center stage again. With his return assured for at least another six episodes (or more if possible), we can anticipate another one for Benedict Cumberbatch and Martin Freeman. That does not mean there won’t be some surprises along the way! It was confirmed today that Sherlock Season 4 will premiere exclusively on Netflix in 2022.

Is Manifest Season 4 Coming Back

It’s possible that more footage may be revealed during production, but we’ll have to wait until the film is actually shot to know when new clips will be available. I’d imagine it’ll be a while before we see anything new. For the time being, you’ll have to replay the previous two films (or any of the many Sherlock Holmes adaptations available).

There is no release date for Sherlock Holmes 3 at this time.