Who Is The Wife Of Scott Wolf, Kelley Marie Limp? 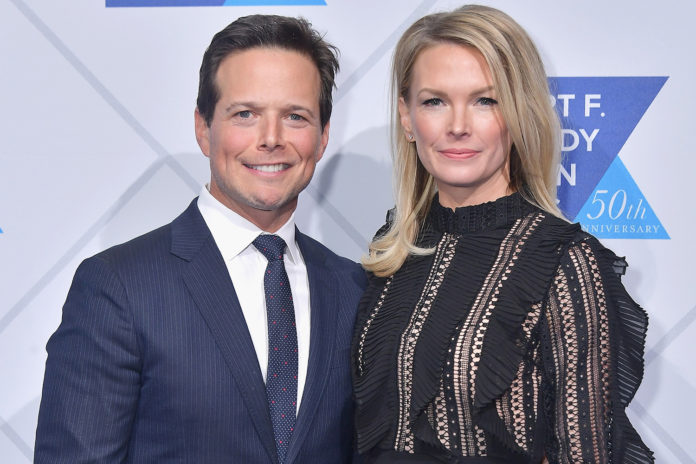 Scott Wolf isn’t calling off a potential reboot of Party of Five. ET’s Rachel Smith spoke with the 53-year-old actor about his new film, Rescued by Ruby, as well as the possibility of rebooting the beloved ’90s series that went off the air in 2000.

“I always said I don’t think so, because, at the time, we told the story and we set the story down, but those are characters,” Wolf told ET. “The one thing I think all of us feel is it’d be so good to know what those people are up to now, what life looks like to them now… Never say never.”

Wolf’s openness to reboot potential came shortly after he reunited with Neve Campbell and Lacey Chabert, his Party of Five co-stars, at 90s Con.

“It was awesome. It was incredible,” Wolf gushed. “… That whole group is like a second family. We were together for a long time making that show… They’re just the greatest people. They’re sisters to me and friends. I just love them both so much.” Who Is The Wife Of Scott Wolf, Kelley Marie Limp?

Wolf was engaged to Alyssa Milano in 1993, but they separated after a year and a half. In 2002, he began dating Kelley Marie Limp, an alumna of MTV’s The Real World: New Orleans, after meeting her through mutual friend Joel Goldman in New York City.

They married on May 29, 2004, before temporarily living in Santa Monica, California. They have three children, sons born in February 2009, and November 2012, and a daughter born 2014, and the family resides in Park City, Utah.

Scott Wolf In ‘Rescued by Ruby’

The truth is always stranger than fiction. We have so many animal-human love stories that it’s hard to imagine a speechless creature loving a person like we do. However, another dog has demonstrated his loyalty to his human and society, just as Hachikō did. Netflix offers you the opportunity to watch R

Rescued by Ruby on Netflix is a heartwarming tale
Netflix is always on the lookout for films that families can enjoy together. As a result, Rescued by Ruby has become the newest addition to this uplifting and family-friendly drama.

We know what you are thinking, “another dog movie in which the dogs die. What knew”?

But that’s the twist even though we are sure the movie will leave you in tears, but that’ll be because of the real-life relationship between Dan, played by the CW’s Flash himself, Grant Gustin, and his adopted dog Ruby.

The best thing about the film is that all of the events in it are based on true stories between state trooper Dan O’Neil and his dog, Ruby, who was trained to join the K9 unit.

The movie takes cinematic license in portraying how they met by chance when, in reality, Matt Zarrella (who stars as Dan O’Neil in the film) believed that Dan and Ruby had what it took to join the unit.

What’s the film about?

The same may be said for Ruby, an enthusiastic shelter dog facing her last chance after several failed rehoming attempts. Dan and Ruby are brought together by fate, and their relationship aids them in overcoming their toughest challenge yet.