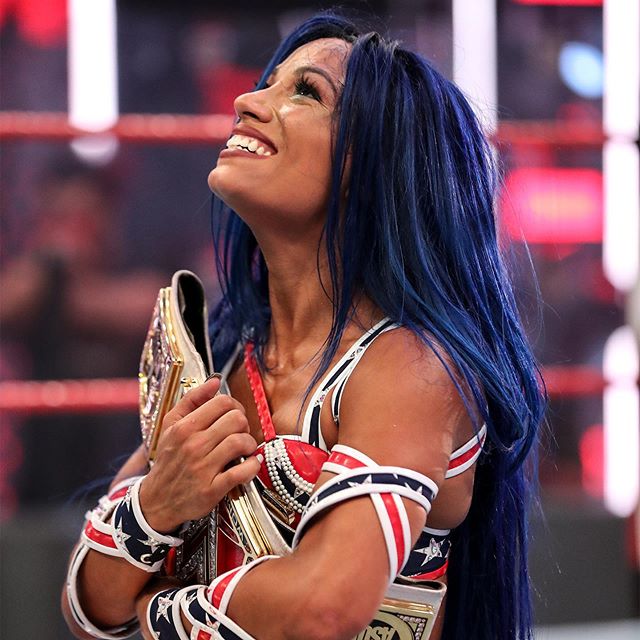 Sasha Banks is an American professional wrestler. As a member of the SmackDown under the ring name Sasha Banks, she is signed to WWE , where she is currently a double champion in her fifth reign as Raw Women’s Champion, and one half of the WWE Women’s Tag Team Champions with Bayley in their second reign. Previously, she wrestled on the independent circuit, most notably for Chaotic Wrestling, where she once held the Chaotic Wrestling Women’s Championship. She made her in-ring debut, under the ring name Mercedes KV, on October 1, 2010. Tune in bio and explore more about her height, weight and many more facts.

How old is Sasha Banks? She was born on January 26, 1992 in Fairfield, CA. She is 28-years old. She holds American nationality and belongs to mixed ethnicity. Her father and mother name is not known in public domain. Her family settled in Boston, Massachusetts, where she began her professional wrestling career. Her cousins are rappers Snoop Dogg, Daz Dillinger, and Ray J, as well as singer Brandy. As of educational qualifications, she went to school online and grew up watching All Japan Women’s Pro-Wrestling (AJW). She is of African American and European descent. She is very close to her family members.

What is the name of Sasha Banks Husband? She married Sarath Ton also known as Kid Mikaze in 2016. She is a fan of K-pop music and Japanese anime Sailor Moon.

What is the net worth of Sasha Banks? Her net worth is estimated around $12 million, as in 2020. Wrestling is her primary source of income. She is trained by Brian Fury, Brian Milonas,Hanson,Sara Del Rey.