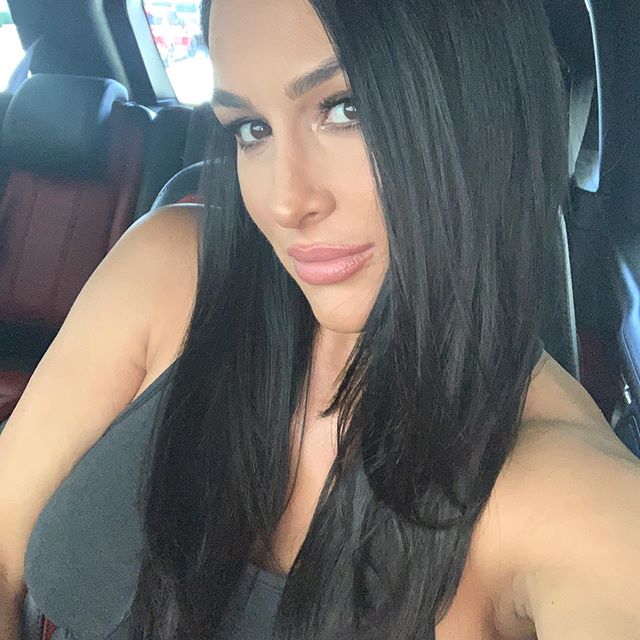 Nikki Bella is a Mexican-American former retired wrestler. She touted to fame for her time in the WWE as one half of The Bella Twins along with her sister Brie Bella. She also stars in the reality TV series Total Divas. She made her debut on SmackDown in November 2008. Bella is a two-time WWE Divas Champion and holds the record for the longest reign with that title. Tune in bio and explore more about her height, weight, net worth and many more facts about her.

How old is Nikki Bella? She was born on November 21, 1983 in San Diego, CA. She is 36-years old. She holds American nationality. She belongs to mixed ethnicity. She is of Mexican and Italian descent. Her father name is Jon Garcia and mother named, Kathy Colace. She has siblings as well. Since her childhood, she was soccer enthusiasts. She used to play along with her twin sister in elementary school. Later, she graduated from Chaparral High School in 2002. Then, she returned to San Diego for college where she played soccer for Grossmont College. After a year, she moved to Los Angeles, where she worked as a waitress at the Mondrian Hotel while trying to find an agent.

Who is the current husband of Nikki Bella? She got engaged to Artem Chigvintsev, in November 2019. Previously, she was engaged to John Cena after he proposed to her at WrestleMania 33 in 2017, but the couple separated a year later. She also dated Dolph Ziggler. In July 2020, she and Chigvintsev welcomed a son together.

Career Timeline: Bella ranked No. 1 in Pro Wrestling Illustrated’s Female 50 in November 2015, and was named Diva of the Year by Rolling Stone in December 2015. She also won the award for Choice Female Athlete alongside her sister at the Teen Choice Awards in 2016. Then, she began modeling, acting, and doing promotional work. She made her first national TV appearance on the Fox reality show Meet My Folks. Further, the Garcia twins were hired to be the World Cup Twins for Budweiser and were photographed holding the World Cup trophy. Nikki and her sister Brie were contestants in the 2006 “International Body Doubles twins search”. Later, in the 2006, Nikki and Brie participated WWE Diva Search, but they did not make the cut. Later, Nikki and Brie launched Nicole + Brizee, a body and beauty line. They launched their own podcast, in 2019. In addition, Nikki has appeared in eleven WWE video games.

How much is the wealth of Nikki Bella? Her net worth is estimated around $6 million. Wrestling is her primary source of income. Bella appeared in the celebrity edition of American Ninja Warrior: Ninja vs Ninja, in 2018.