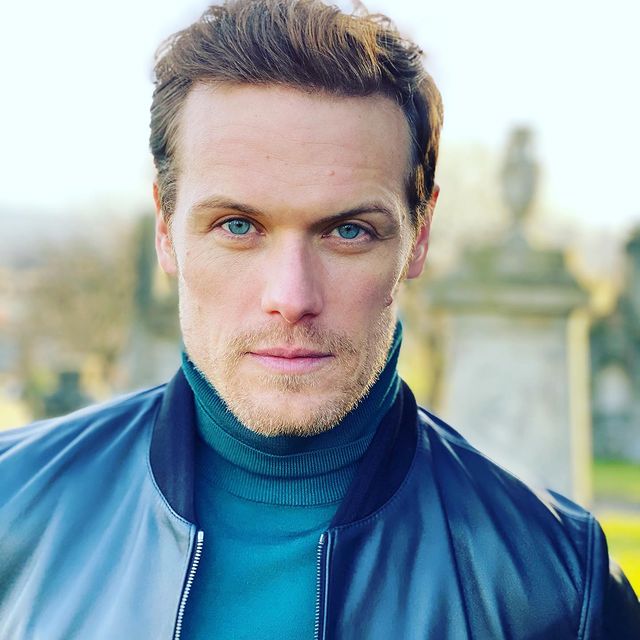 Sam Heughan is a Scottish actor, producer, author, and entrepreneur. He touted to stardom his role as Jamie Fraser in the Starz historical drama series Outlander. Ever since Outlander first hit the small screen in 2014, fans can’t get enough of sexy Scottish Highlander Jamie Fraser. He has 3.2 million followers under his Instagram account. Tune in bio and explore more about him.

How tall is Sam Heughan? He stands tall with a height of 6 feet 2 inches and weighs about 73 kilos. He is a fitness freak as well. He has blonde hair and has blue eyes.

Sam Heughan was born on 30 April 1980 in Balmaclellan, in the historic county of Kirkcudbrightshire in Dumfries and Galloway. His mother, Chrissie Heughan, an artist and artisan papermaker. Heughan moved to nearby New Galloway where he attended Kells Primary School, at age five.

How much is the net worth of Sam Heughan? Acting is his main source of income. He appeared in his first professional television role in the miniseries Island at War, in 2004. His net worth is estimated to be $2.3 million – $3 million.

Who is the girlfriend of Sam Heughan? Sam Heughan dated actress MacKenzie Mauzy in 2017. The duo had unofficially been seen together as far back as 2015, when he appeared to be in some pics from her birthday party posted on her Instagram.

Moreover, he may have dated former costar Amy Shiels in 2018. The romance rumors seemed to heat up in 2018, with some outlets reporting they were dating. Whether they’ve dated or are just friends, the two have known each other for over a decade. Internet rumors have also linked Heughan with two other possible previous girlfriends, actresses Cody Kennedy and Abbie Salt.

The mysterious Heughan is certainly eligible, and seems ready to embrace love if it comes his way, even with his busy schedule. “My whole career, not just Outlander but as an actor, I have always put that first”.