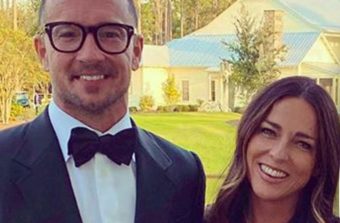 Karim is a Palestinian actress, social media celebrity, and businesswoman. Karim has a collection called Wahidon, which includes kimonos as well as ring and earring collections.

Karim has also claimed that she had an affair with celebrity pastor Carl Lentz for months, and he was dismissed from the church after admitting to adultery. She told The Sun that she tried to breakup with Carl, but he kept winning her heart over.

She also stated that she was not informed of Karim’s marriage, but the pair officially split on November 5th, 2020. Pastor Carl Lentz is best known for his sermons to Selena Gomez and Carmelo Anthony, as well as Justin Bieber. He took a lengthy Instagram post after being let go from the church.

Who is Ranin Karim?

Karim was born in Palestine and came to the United States a decade ago. She began her career working in the fashion industry before launching her own line called Wahidon.

Karim is now the Sale Specialist at CELINE, where she has been since August 2019. She previously worked as a Personal Stylist at INTERMIX and a Sales Associate at Barneys New York.

Since September 2018, she has worked as a Sale Associate at 10 Corso Como.

In addition, she has acted in the Israeli film Ajami (2009), where she played a young Christian woman named Hadir who falls in love with a Muslim man called Omar.

For her work, she was given a special distinction award at the Cannes Film Festival, and she was also nominated for an Academy Award for best foreign-language film at the University of Pennsylvania.

Karim was seeking for a place to sit down with her dog when she first encountered Carl at Domino Park in Williamsburg, Brooklyn, and he offered her his place.

Since then, their friendship has blossomed. Despite that, Karim and Carl continued to hang out with one another for a long time.

Who Is Preston J. Cook, Julia Stiles Husband? Know Everything About Him

Later, their connection evolved into a relationship; Karim lied to Carl that he worked as a sports agent and that he was not wearing a wedding ring, but they would drink tequila at her house.

After learning the truth of Lentz’s past as a pastor, she told NYpost how she discovered his identity using his phone number during a background check.

Furthermore, Karim recalls Carl when her ex-husband took her to the Manhattan church and she had seen him preach, according to The Sun.

According to the same publication, she discussed her connection with Carl and even accused him of being a professional narcissist.

Who is Pastor Carl Lentz Wife?

Australia-based Hillsong Church pastor Laura Lentz is the spouse of Carl Lentz and a native of Australia who married him in 2003, and they have three children.

She used to live in Australia until she moved to the United States, where she first met her spouse.

She is committed to establishing the local church and preaching the word in a way that makes sense to a generation looking for something larger than themselves.