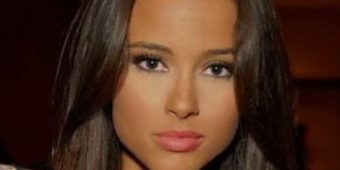 She was stripped of her pageant title after Gawker reported that she had appeared in an adult video. She was linked to professional football player Derek Wolfe. After posing for adult videos, both she and her fellow beauty queen Melissa King were stripped of their titles.

While some pageant queens and winners emerge unscathed from such controversies, others have had their crowns or titles revoked later on. However, Kristy Althaus’ situation may not be the most controversial currently.

Who is Kristy Althaus?

Kristy Althaus was a promising college student when she contested for the 2012 edition of the Miss Colorado Teen USA pageant and emerged a runner-up behind that year’s winner Jacqueline Zuccherino, indicating that she could step in if the winner were unable to fulfill her obligations.

Why Was She Stripped of Miss Colorado Teen USA?

After an adult video of Kristy emerged online more than a year later, it appeared the judges changed their minds and stripped the beauty queen of her title.

The man also inquires if the video was her first adult video and she replies in the affirmative.

The 2013 Miss Illinois USA winner, Kristy Althaus, was stripped of her title allegedly following the notorious video. After proof of the video emerged, Future Productions, the pageant’s promoters, cleared all references to Althaus.

They not only removed her name from the 2012 Official Results website but also deleted a YouTube video showing the moment when results were announced during the competition.

Kristy Althaus was in a relationship with Derek Wolfe, an American professional football player who played for the Denver Broncos, a very well-liked team of the National Football League.

While Derek was playing for the Denver Broncos, Kristy, who was then a college student in Colorado, was in a long-distance relationship with him.

Following the scandal, Kristy and Derek attempted to reconcile. However, he was soon proven wrong when she announced her career as an adult actress on social media.

The pair eventually called it quits after Derek discovered that Kristy intended to enter the adult business. Since then, all of his social networking accounts have been deleted.

Beauty pageants advertise an appearance of perfection, but scandal is no stranger to beauty queens.

Controversy, lawsuits, drug use, secret pregnancies, and lies are just a few examples of the drama that has occurred in pageant history.