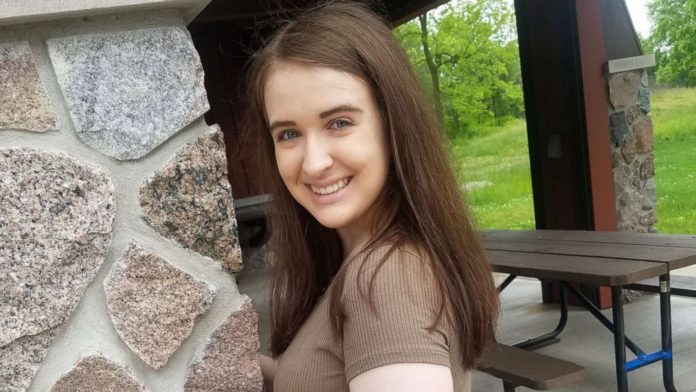 Payton Leutner is still apprehensive about making new friends and can’t fall asleep alone for the longest period of time. Payton Leutner’s life was dramatically altered the night she was assaulted 19 times by her closest friend, Morgan Geyser, and another classmate, Anissa Weier.

After the May 2014 assault that was allegedly inspired by a mythical Internet boogeyman, Weier was convicted of attempted first-degree murder while Geyser was found not guilty on the basis of insanity. Leutner’s compelling tale became the subject of numerous TV programs and a Netflix film starring Joey King as a result of the sensational nature of the crime, the defendants’ young age, and the origin of the attack from a fictitious Internet boogeyman.

Leutner said she was still wary of making new friends in a 2019 ABC interview with David Muir, and that she had trouble sleeping alone for the longest time. Weier, meanwhile, has been given an early discharge after serving just four years of her 25-year sentence at Winnebago Mental Health Center.

Geyser, Leutner’s former friend and best pal, was also sentenced to 40 years in a mental institution. Her appeal to have her conviction reversed has been denied. Following her 2017 conviction, Geyser’s attorneys have claimed that she should have been tried as a juvenile because she was 12 years old at the time of the stabbing. Meanwhile, during an interview with ABC, Leutner expressed her appreciation for Geyser turning her into who she is today. Payton Leutner Now: Leutner’s Toxic Friendship With Geyser.

Where is Payton Leutner now?

Leutner will be entering university at the age of 19, but she has not been seen in public on live television since February 2020, when she was a senior in high school. At the time, Leutner was a high-school senior who planned to go to college in the fall of 2020. Leutner had said that because what happened to her at such a young age inspired her to pursue a career in medicine.

It’s been seven years since her closest friends launched a vicious attack to prove that Slender Man exists, and she still struggles with the scars from the knife wound. “I’ve learned to live with my scars,” Leutner said in an ABC interview. “It’s just a part of me; I don’t think much about it.”

Leutner’s current situation is largely discussed on Google in terms of where her attackers are now, and the appeals and opinions surrounding their actions. Perhaps this was one of the reasons why Leutner wanted to tell people her “side” of the story rather than “everybody else’s” through her ABC interview. In her startling comments for ABC, Leutner said that she had struck up a friendship with Geyser in the fourth grade after seeing the latter sitting alone. Leutner went on to describe Geyser as “a lonely but amusing girl.”

Leutner was scared of the Internet boogeyman, and she informed Geyser about it. However, Leutner’s enthusiasm for the other girl knew no bounds. “When she met Anissa [Weier], I saw a shift in fifth to sixth grade,” she said. “That’s when I really wanted to get out of that friendship.”

Leutner’s mother Stacey said her little girl was probably aware that this “wasn’t the healthiest friendship” but didn’t cut Geyser out of her life because she didn’t want Weier to be the only one with friends. However, as Geyser’s interest in Slender Man grew, so did her relationship with Weier, who lived in the same apartment complex and took the same school bus as her. Leutner stated that Weier had nothing to do with the creation of the faceless head, super tall sleek physique, clothed in an all-black outfit, armed with tentacle-like fingers, mythical entity with a real face.

Leutne had skated at a local rink, eaten froyos, and held a sleepover with Weier and Geyser the night before she was murdered. “Something seemed odd since [Geyser] has always wanted to stay up all night at our previous sleepovers because she couldn’t do it at home,” Leutner recalled.

19 stabs from her best friend

The initial idea was to execute Leutner while she slept, as revealed by Geyser and Weier after the girls were discovered walking along a road on their way to “live with Slender Man.” Leutner explains the morning of the assault in graphic detail. She awoke, went downstairs to greet Geyser and Weier, ate doughnuts, and took her son for a walk in the local park. The attackers once again strayed from their initial intentions when they decided to play hide-and-seek.

Weier then asked Leutner to lay down and cover herself in heaps of sticks and leaves so as to hide, and once she complied, Geyser pulled out a kitchen knife she had brought from home and stabbed her 19 times in the arms, legs, and torso with the 13cm long blade. Two of the wounds were to major organs, one millimeter away from a major artery, and another straight through her diaphragm, digging into her liver and stomach.

The attackers instructed Leutner to lie down as they would go looking for assistance, but they never returned. “I got up, grabbed a few trees for support, and then just walked until I hit grass where I could lay down,” Leutner recalls. A cyclist discovered her and called 911 as Leutner drifted in and out of consciousness. She was treated for six hours at the ProHealth Waukesha Memorial Hospital, and when Leutner awoke, “I recall the first thing I thought after waking up was, ‘Did they get them?,’ ‘Are they still out?'” she said.

Leutner was relieved when she heard the news of Weier and Geyser’s arrest, since the two girls readily admitted to stabbing their friend in order to prevent Slender Man from murdering their families. They even acknowledged they had been planning it for months at that point. However, while appearing on ABC News, Leutner stated that she still kept a pair of broken scissors next to her “just in case.”

When she found out why Geyser had attacked her, Leutner didn’t believe it was “because she (Geyser) fully believed in this notion that she would do anything for it.” She was, however, shocked by their “huge, vast strategy” that they’d been working on for months.

Leutner’s mother Stacey stated that despite her son accepting what occurred, he still had residual trust issues because of the assault. She has pals, but she kept them at a safe distance even with those friends.

“The children had been charged as adults for a while, and she was hesitant to let people in her life because of it. It’s not an easy situation for any kid,” she added. “For a long time, even trusting family members was difficult for her,” she continued. There has always been a debate about the two minors being prosecuted as adults since the assault. Of that, Leutner thinks: “Adult court is where adult crimes are tried.”

Leutner claims she never wants to see or communicate with her attackers again, describing what her closest friend did as “definitely unforgivable.” “She would immediately return where she was if she attempted to come by me,” the young woman said.

Her mother added: “I’m not sure that I am comfortable with her being set free right now.” However, if she were to ever communicate with her friend who attempted to murder her, Leutner would “at first thank (Geyser)”. “Just because of what she did, I have the life I have now. I really like it and I’ve thought of a strategy,” said Leutner. When she was 12 years old, Leutner had no idea where she wanted to take her life or how she was going to get there. She didn’t have a plan until recently.