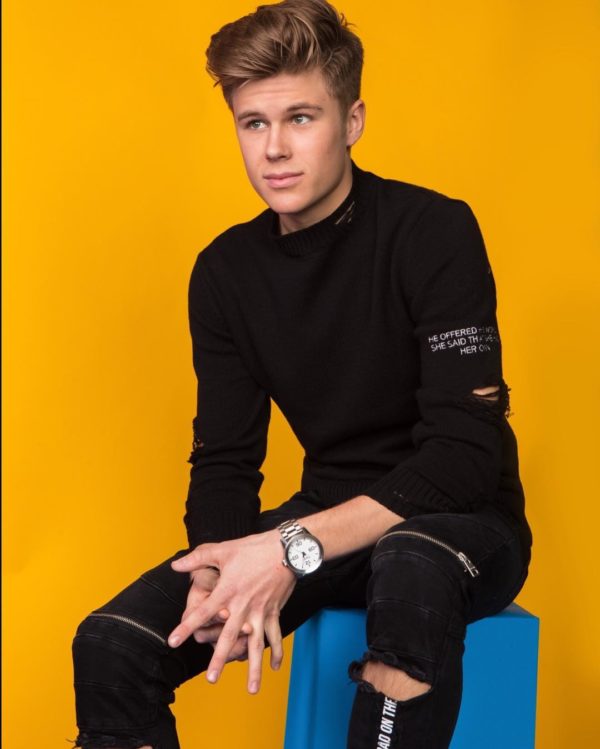 Owen Joyner is an American actor. He touted for fame playing Crispo Powers on 2014–2016 Nickelodeon’s comedy television series 100 Things to Do Before High School, and for playing Arc on the 2018–2019 Nickelodeon series Knight Squad. He began playing the role of Alex in the Netflix series, Julie and the Phantoms, in 2020. Tune in bio and explore more about Owen Joyner’s Wiki, Biography, Age, Height, Weight, Girlfriend, Net Worth, Career and many more Facts about him!

How old is Owen Joyner? His birthday falls on July 19, 2000. At present, he is 20-yrs old. His zodiac sign is Cancer. He was born in Norman, OK. He holds American nationality and belongs to mixed ethnicity.

Who is the girlfriend of Owen Joyner? At present, he has not given any insights about his dating life. Currently, he is single and very focused on his career.

Owen Joyner launched his career at the Sooner Theatre in Oklahoma. Then, he moved to LA for his acting career. He became a Nickelodeon star when 100 Things to Do premiered in November of 2014.

What is the net worth of Owen Joyner? He is pursuing a career in acting and modeling. He went viral with one of his earliest videos. As in 2020, his net worth is estimated around $700,000 (USD).