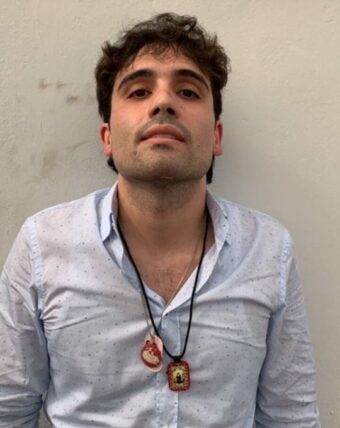 Ovidio Guzmán López is one of the sons of Joaquin ‘El Chapo’ Guzman, who is a Mexican former drug lord and a former leader within the Sinaloa Cartel, an international crime syndicate. He is considered to have been one of the most powerful drug traffickers in the world. Moreover, Ovidio is a high-ranking member of the Sinaloa Cartel and also and his brother, control their own drug trafficking organization. On Jan 05, 2023, he was captured. In addition to this, in 2022, the U.S. government offered a reward of $5 million to anyone with information that could lead to the capture of any of the three men. Read more about, Ovidio Guzmán López Bio | Joaquin ‘El Chapo’ Guzman’s Son.

Who Is Ovidio Guzmán López?

Ovidio Guzman-Lopez is a high-ranking member of the Sinaloa Cartel and the son of former Sinaloa Cartel leader Joaquin Guzman-Loera. The month before, the U.S. Treasury Department had announced sanctions against Guzmán’s sons Iván Guzmán Salazar and Ovidio Guzmán López under the Kingpin Act.

In addition to this, the Guzman-Lopez brothers are in charge of eleven methamphetamine labs across Sinaloa, producing somewhere between 3,000 and 5,000 pounds of the drug each month.

Ovidio Guzmán López considered Mexico’s most-wanted drug lord and the world’s most-wanted criminal, and said to have been the leader of Sinaloa Cartel’s “los menores” or “the juniors” faction; the faction is also known as “los Chapitos”.

Read Also: What Is The Death Cause Of Cheerleader, Arlana Miller?