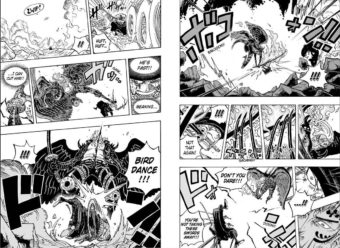 What date will One Piece chapter 1036 be released in other countries after its Christmas postponement, and what leaks have already occurred?

Today, December 26th, One Piece fans from all around the world were anticipating a new manga chapter and finishing their Christmas leftovers. Unfortunately, those same fans will be disappointed to hear that there will not be a new release this week.

So, why was One Piece chapter 1036 delayed again? What day will it be published now and have any leaks been posted online?

The next chapter of the One Piece manga, issue 1036 in the series, will not be published this weekend as expected. This is due to the Christmas holiday on the Weekly Shonen Jump magazine, therefore there will be no new manga chapters released this week for any series.

To ensure that there aren’t any delays in delivering your issues, we recommend ordering online after receiving confirmation from the magazine. The publication generally takes a break from releasing new material in Japan over the Christmas holiday season, and no new chapters are published internationally via the website. Therefore, fans should not be concerned by the delay to chapter 1036, but when will the manga return?

This part of the story will only be delayed by one day, owing to the change from a Sunday release to a Monday one.

Despite the fact that the new chapter won’t be released for another nine days, leaked raw scans have already been shared on social media.

The title of Chapter 1036 is The Way of Bushido Is Found in Death, and the cover features the Star Hats playing on snow-covered buildings.

King is finally defeated, but has a flashback to him and Kaidou first meeting as he loses consciousness.
Rokki is the guardian of the arsenal door.

Usopp is fighting multiple enemies whilst defending Kinemon and Kiku, but gets help from Izou just in time.

Raizou and Fukurokuju are trapped in place, having both used attacks that freeze the other.
CP0 thinks that if the new pirate generation is able to defeat Yonkou, it will determine the outcome for the wider world.

Kaidou and Luffy continue their battle, both landing powerful attacks on the other. Both of them start laughing, Luffy says that “this is getting fun” to which Kaidou responds “same here!”

A Special Episode This Weekend…

This weekend, the One Piece anime will conclude its main arc with a special episode.

The 23-minute special episode is titled ‘Barto’s Secret Room’ and is available to watch online through Crunchyroll.