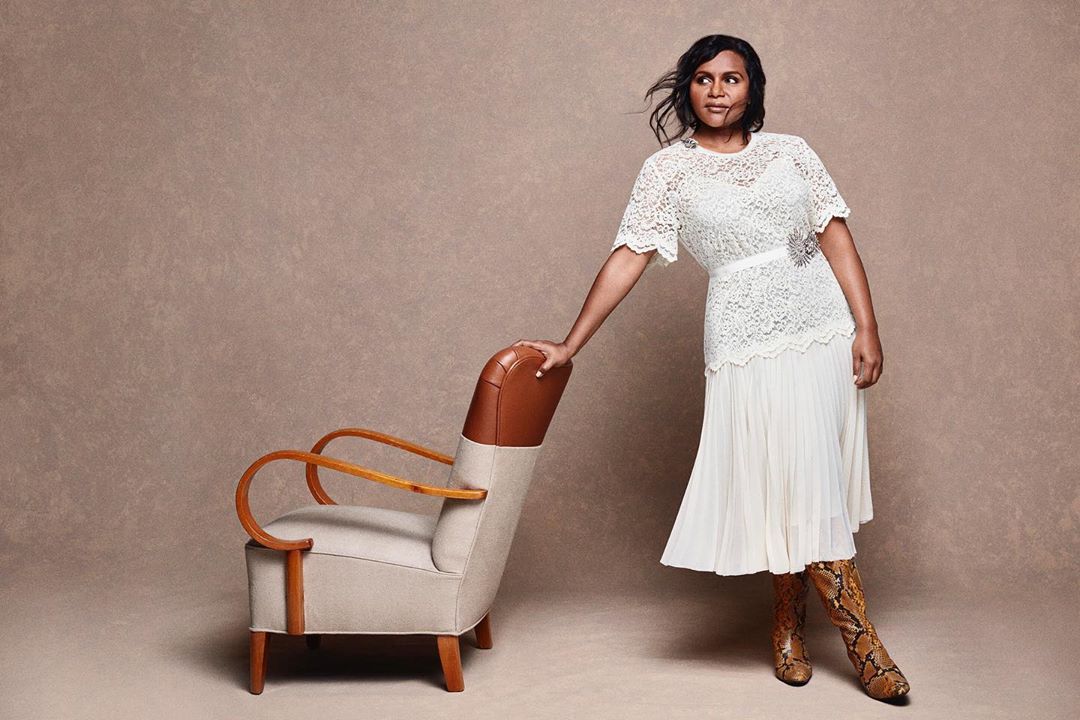 Mindy Kaling (born June 24, 1979) is an American actress, comedian, and writer. Currently stars in the Hulu original comedy series “The Mindy Project,” which she also writes and executive produces. Before “The Mindy Project,” Mindy was best known for her work on the critically acclaimed, Emmy Award-winning NBC show “The Office.” In addition to directing, producing, and portraying celebrity-obsessed Kelly Kapoor, Mindy wrote 18 episodes of the series, including the Emmy nominated episode “Niagra.” In 2012, Mindy was named one of Time magazine’s 100 most influential people in the world. In 2014, she was named one of Glamour’s women of the year. Other than this, she has surpassed million of followers under her social media account.