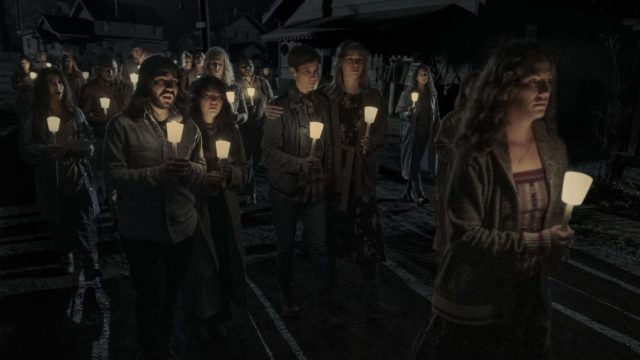 Mike Flanagan, horror guru and creator of the Netflix original The Haunting series, will now add another supernatural horror series. According to Deadline, Midnight Mass will be released in September according to the streamer.

Flanagan is well-known for his horror films, including Doctor Sleep, Gerald’s Way, The Haunting of Hill House and Bly Manor. This new series will feature seven episodes and tie in with two Flanagan projects. Midnight Mass is the name of Maggie Young’s book, which appears in Gerald’s Way.

The series takes place on Crocket Island where Father Paul (Hamish linklater) has just arrived. The community experiences many frightening and miraculous omens after his arrival.

Midnight Mass is going to set to release on September 24, 2021 . This will be a fantastic way for horror fans start the Halloween horror binge-watching season.

The trailer seems to be another of Flanagan’s incredible works. The trailer shows the supernatural elements and the music creates a creepy, suspenseful atmosphere. This community has a cultish vibe, and it looks like there will be a fascinating story throughout the season.

You may also like : Manifest Season 4 Renewed or Cancelled 2021

When will Midnight Mass be coming on Netflix?

Midnight Mass will be coming on Netflix starting Sept. 24. Make sure you add it to your queue.