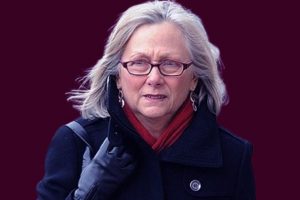 Micki Velton is widely known as the former wife of the popular Actor named, ‘Jerry Springer’. For 21 years, the duo were together. Micki possesses American nationality. Previously, she worked for Proctor and Gamble as well. Other than this, she has gained massive fans and followers with her husbnad’s popularity. Velton shares a daughter named, Katie Springer born in 1976.

Net Worth of Micki Velton