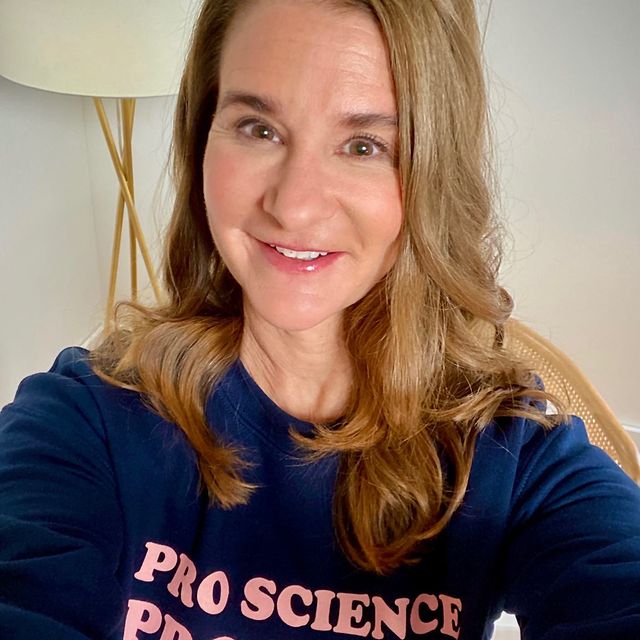 Melinda Gates is an American philanthropist and a former general manager at Microsoft. Recently, it is in sensation that, Bill and Melinda Gates have announced their divorce after 27 years of marriage, saying “we no longer believe we can grow together as a couple. After a great deal of thought and a lot of work on our relationship, we have made the decision to end our marriage,” the pair wrote on Twitter. Tune in bio and explore more about Melinda Gates’s Wiki, Bio, Age, Height, Weight, Husband, Children, Body Measurements, Net Worth, Family, Career and many more Facts about her.

How old is Melinda Gates? She was born on August 15, 1964 in Texas. She is 56-yrs old. She is the second of four children born to Raymond Joseph French Jr., an aerospace engineer. She earned a computer science and economics degree and later an MBA, both from Duke University.

Who is the husband of Melinda Gates? Melinda began dating Microsoft CEO Bill Gates in 1987. In 1994, she married Gates in a private ceremony held in Lanai, Hawaii. Couple have blessed with three children named, Jennifer, Phoebe and Rory Gates. Bill Gates is the fourth wealthiest person in the world, according to Forbes, and is worth $124bn (£89bn).

What is the reason behind the divorce of Melinda and Bill Gates? On May 04 2021, Gates and her husband announced that they had decided to divorce following 27 years of marriage, and 34 years as a couple. The pair both posted the statement announcing their divorce on Twitter. “Over the last 27 years, we have raised three incredible children and built a foundation that works all over the world to enable all people to lead healthy, productive lives,” it read.

“We continue to share a belief in that mission and will continue our work together at the foundation, but we no longer believe we can grow together as a couple in the next phase of our lives. We ask for space and privacy for our family as we begin to navigate this new life.” They began dating, but as Bill told a Netflix documentary: “We cared a lot for each other and there were only two possibilities: either, we were going to break up or we were going to get married.”

Melinda Gates debuted as an author with the book The Moment of Lift: How Empowering Women Changes the World. Former President Obama starred in a comedy sketch in order to promote it, in 2019. Gates has consistently been ranked as one of the world’s most powerful women by Forbes. Through the foundation, she led an early 21st century vaccination campaign which significantly contributed to the eradication of the poliovirus in Africa.

How much is the net worth of Melinda Gates? She was the project manager for Microsoft Bob, Microsoft Encarta, and Expedia. She created a charitable foundation with her husband Bill Gates. In 2002, Melinda and Bill Gates received the Award for Greatest Public Service Benefiting the Disadvantaged. Her net worth is estimated at $350 million – $400 million.