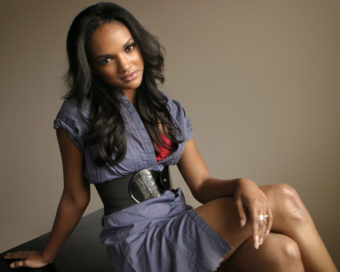 In episode 11, it was revealed that the Rookie character Nyla Harper is expecting a kid, shocking fans. Following the bombshell revelation, fans have been wondering whether Nyla Harper actress Mekia Cox is actually pregnant in real life.

Mekia Cox has become a familiar figure to Rookie fans, having first appeared in the show’s second season. Nyla Harper was introduced as Lila’s mother and shares her with her ex-husband. Following The Rookie’s latest episode revelation, it appears that Harper is poised to have another child.

In the final episode of The Rookie, it was revealed that Mekia Cox’s Nyla Harper was pregnant. Some viewers were taken aback by the pregnancy plot since Harper, who already has a daughter named Lila, had previously thought she could not have any more children.

Fans were ecstatic at the unexpected announcement, with many expressing their joy on social media:

The actress’s pregnancy was discussed by some, while others were perplexed about whether the plot suggested that she was actually pregnant.

Now we know! In a post on Instagram, Mekia Cox confirmed her pregnancy off-screen. Sharing a photo of herself as Nyla Harper, the actress gushed about her baby news while thanking the show’s writers for including her pregnancy in the series:

Mekia Cox has a three-year-old daughter

Mekia Cox is a mother of one, having given birth to her daughter in 2018. During the production of the film If Not Now, When?, she informed One Chicago Center that she was expecting her child.

“I was Expecting at the time of filming, and I’d been since Season 2 began. There were a lot of parallels. I considered that I should play this character. This part appears to have been written with me in mind. ”

In April, four years after their wedding, Mekia Cox and Britt Leach will commemorate the occasion. At the time, Cox described her new husband as her “best friend”, “soulmate” and “first love” on Instagram.

The pair mostly keep their relationship out of sight on social media, although the actress did post a cute photograph of her spouse and daughter on Father’s Day last year: