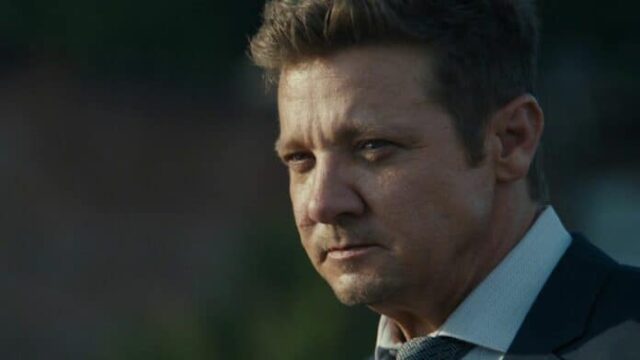 Mayor of Kingstown is an American crime thriller television series that follows the powerful McLusky family, power brokers in Kingstown, Michigan. The series focuses on the themes of loyalty, family, and justice, and examines the power dynamics between the mayor, the police, and the criminals.

It initially premiered on Paramount+, on November 14, 2021, and was renewed for a second season by Paramount+ in February 2022, which premiered on January 15, 2023, one year later. The series casts, Jeremy Renner as Mike McLusky, Dianne Wiest as Miriam McLusky, Hugh Dillon as Ian Ferguson, Taylor Handley as Kyle McLusky, Emma Laird as Iris, Derek Webster as Stevie, Hamish Allan-Headley as Robert Sawyer, Pha’rez Lass as P-Dog, Aidan Gillen as Milo Sunter, Kyle Chandler as Mitch McLusky and Nishi Munshi as Tracy McLusky.

As the episode’s final act is coming to an end, Mike calls Evelyn Foley and asks her to press charges against the gang leaders in Kingstown. Right now, he thinks this is the only way to control street inside the inside prison walls. Mike hopes that by incarcerating them, the gang will be disempowered and the community will be protected from further violence.

Therefore, Mike holds a meeting with Bunny and the other gang leaders and hopes that by demonstrating authority and respect, he will be able to set the tone for the other inmates and create a more peaceful environment within the prison.

Sawyer sends Captain Kareem Moore and Sergeant Robert Sawyer along with the leaders out. Sawyer probably did because of, he knows that if he can get the gang leaders alone, they will be more likely to negotiate in good faith. Removing the other people from the room ensures that the gang leaders feel safe and secure, which will increase their chances of making a reasonable agreement.

The gang leaders do not trust either each other nor the correctional officers. Nevertheless, Mike underscores the urgency of the situation and forces the factions into an uneasy truce. This is due to the fact that gang leaders have a history of revenge killings and their loyalty to their gang often overrides any trust they may have in outside parties. Mike’s forceful yet diplomatic approach is necessary in order to get the factions to move past their distrust and come to a compromise.

Using Eveyln’s assistance, Mike arrests the gang leaders for illegal firearm possession. Once they have control over their men, he promises to drop the charges.

Mike believes that their prison presence will lead to peace on the streets, as he hopes that their arrival in prison will bring him peace on the streets. The episode ends with Bunny and the other gang leaders arriving in the prison. However, Mike’s decision cannot be taken lightly as it has the potential to backfire as well. Mike visits Iris’s mother’s house in the episode’s final moments to see if things are going well with her.