Who is Malu Trevejo’s Mom? 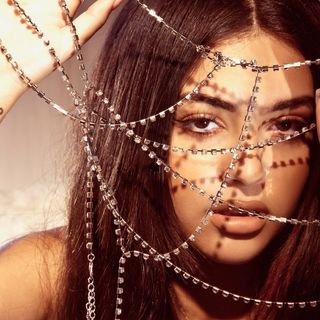 Malu Trevejo was first famous on Musical.ly in 2015. However, she is now on Instagram (8.5 million followers) and TikTok (8.6 million on TikTok).

The 18-year old Cuban-born teenager shares videos of herself performing lip-syncing and dancing, and sings along with music.

What’s going on with her mom?

Trevejo is a well-known and respected artist, but it’s her relationship to her mother, @_oshun_leti on Instagram, that has people talking right now.

Malu Trevejo posted a live Instagram video on 17 September. After a heated discussion with her mother, she exposed her behavior to her followers. Trevejo, who was crying, explained to the camera her feelings. She accused her mom of being drunk, lying about her biological father, and allowing her step-dad cocaine use.

She also stated that her mom called police after her daughter threw out her step-dad’s drugs.

She also accused her mother of stealing her most valuable money and wasting it in another Instagram Live.

Malu Trevejo’s relationship with her mom

Fans have been worried about her mother’s relationship for years, even though this drama is relatively recent. Many were concerned by the Instagram videos and Instagram Lives that featured Trevejo’s mom twerking.

Malu Trevejo claims that police arrived at her house. Malu claims that her mom called police after Malu had thrown her step-dad’s drug away.

Trevejo spoke out about her disgust and shock at the videos in an Instagram Live on 29 Sept. She tells the camera, “I look at this sht now and it’s like ‘what is the fck am I laughing about?’ Why was that even possible?”

She also exposed her mom’s neglectfulness in her stories, including filming an argument about money with her in December 2019.

One says: “It is my money. I don’t need to pay for the house. I just need to eat what I love and that fulfills me. The house …” is not my responsibility.

Libah Khan, a concerned fan, started a petition to address the issue. The petition text claims Khan made are difficult to verify, which is why we won’t provide a link. It has only received seven signatures since it was posted.

Malu and her mom fight with Bhad Bhabie

Malu Trevejo and rapper Bhad Bhabie (aka Cash Me Outside girl aka Danielle Bregoli) have been friends for a long time. They also have a close friendship. The pair disagreed on Instagram live in June 2019, and things got ugly.

Bregoli arrived at Trevejo’s house in December 2019 to fight her. unsurprisingly, live-streamed all the action – her mom being present.