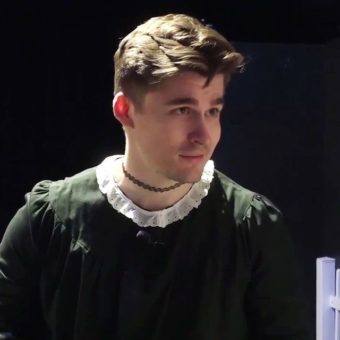 Ludwig is an American Video game streamer and content creator who became best known for his self-titled YouTube channel. He posts footage and commentary related to games like Super Smash Bros. for more than 1.9 million subscribers.

How tall is Ludwig? He stands tall with a height of 5 feet and 8 inches and weighs about 73 kilos. He is a fitness freak as well. He has blonde hair and has light brown eyes.

How much is the net worth of Ludwig? He’s popular on Twitch where he streams the hottest games for over 2.7 million followers.

Some Facts about Ludwig

He attended Hollis/Brookline High School in New Hampshire, graduating in 2013.

In 2012, he participated in his high school’s production of Legally Blonde, starring as Warner.

In this time, he discovered Call of Duty commentary channels like Hutch, SeaNanners and WoodysGamerTag, which had inspired him to make the YouTube channel “TheZanySidekick”, his first foray into content creation.