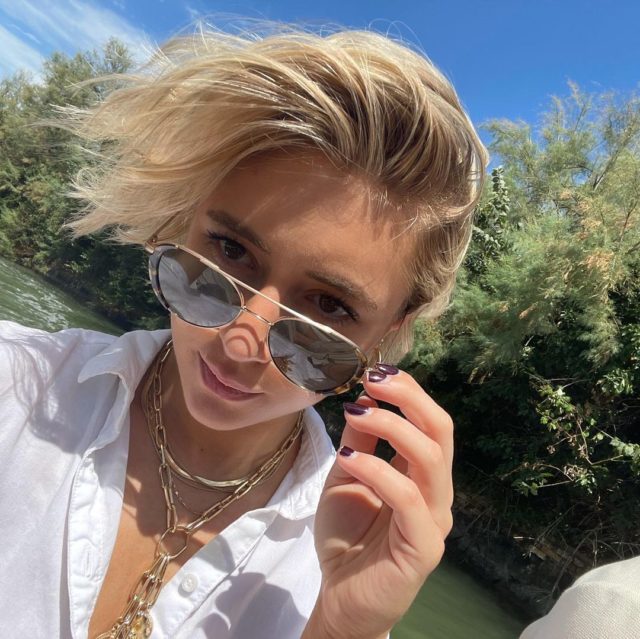 Lizze Broadway is an American actress who’s appeared on Trophy Wife, Conan, and Bones. She starred in the 2015 TV movie 16 and Missing. After winning international talent and modeling competitions, Lizze began her entertainment career. She has been featured in numerous commercials and sound recordings, and she is now open to television roles. Elizabeth Broadway, also known as Lizze Broadway is an American actress.

From NCIS to Bones, Henry Danger and more, Lizze Broadway is an established actress and she’s still in her early twenties. From her career so far to her current boyfriend, let’s find out more about Lizze.

Lizze Broadway is an actress in her own right but she’s also in a relationship with the man of the minute, She’s All That actor Tanner Buchanan.

In short, she is an American actress known for her roles in The Rookie, Splitting Up Together, Here and Now, and American Pie Presents: Girls’ Rules.

Lizze Broadway is currently dating Tanner Buchanan. He has been an actor in many projects, including Cobra Kai and the comedy He’s All That. Many speculate that Tanner might have been in a relationship with Addison Rae with whom he worked. Tanner and Lizze were friends since childhood. They both grew up in Ohio.

Talking about Lizze’s career and movies, in 2021, she was cast in The Boys spin-off as Emma. She’s represented by Coast to Coast Talent Group.

For her role in Bones, she was nominated for Best Performance in a TV Series – Guest Starring Young Actress 14–16 at 35th Young Artist Awards.

Lizze Broadway’s acting career is her main source of income. Additionally, she has been in the film industry for many years. Her net worth is estimated to be $1.2 million, as of 2021.

Lizze Broadway has began to participate in several well-known projects as well as several commercials.

Lizze landed her first acting role as Brooks Ryerson in Southland in 2010.

Following this, she went on to star in Shameless, Bad Mom, Bones, Conan, 16 and Missing, Here and Now, Splitting Up Together, American Pie Presents: Girls’ Rules, The Lost Boys, The Rookie and more.

Her IMDb profile reads: “Lizze launched her career in entertainment after succeeding in the International Model and Talent competition.”

Lizze currently lives in LA and has a following of almost 87k on Instagram @lizzebroadway.

Tanner Buchanan and Lizze Broadway are more than ‘dating’, the couple is in a serious relationship and have been for a long time.

Given that both Tanner and Lizze come from Ohio and they both share a love for acting, it’s no wonder that they click.

Lizze is almost a year older than Tanner, and by the looks of her IG, she doesn’t take to the ‘gram very often to share her relationship with the world.