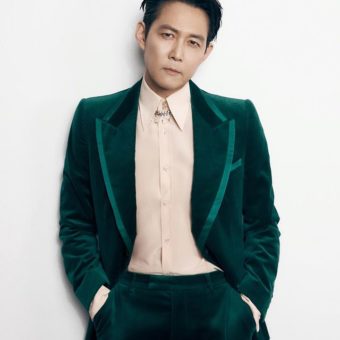 Lee Jung-jae is a Korean actor who became famous in the mid-nineties when he was featured on the Korean TV series Feelings and Sandglass. He subsequently gained widespread acclaim for his parts in films including City of the Rising Sun (1999), for which he won several Best Actor prizes.

In 2021, Lee began his career as a cast member on Netflix’s Squid Game.

Who Is Lee Jung-jae?

He began his career as a cafe model in Apgujeong. In 1993, he made his acting debut on the show Dinosaur Teacher.

How tall is Lee Jung-jae? He has a height of 5 feet 10 inches and his weight is 78 Kg but his other body measurements are still under review. Moreover, Lee Jung-jae has black hair and dark brown eyes.

He created a chain of Italian restaurants named after his movie Il Mare (2000).

He debuted as a fashion model, then began his acting career on television, notably in the campus series Feelings (1994) and the iconic drama Sandglass (1995).

In January 2015, Lee confirmed that he was dating Im Se-ryung. Lee had previously dated Kim Min-hee.

His father is Lee Chul-seong.

He is a close friend of actor Jung Woo-sung, with whom he appeared in City of the Rising Sun.