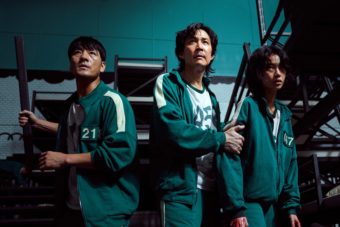 Netflix hasn’t officially ordered a second season for this show, but there’s an obvious demand for one. According to Netflix, Squid Game is set to become its most popular series ever, surpassing Bridgerton.

The South Korean drama follows a group of people who are invited to risk their lives in a survival game with a huge prize at the end, and has proved so popular that Netflix’s boss has suggested it’s on track to become their best-performing show ever.

Considering the massive response, and the series’ open-ended epilogue, Season 2 seems like an obvious next step. Yet nothing is set in stone. Creator Hwang Dong-hyuk told Variety he didn’t have immediate plans for a sequel; if the show was renewed, he would need a writer’s room.

No release date for Season 2 just yet, as it has not yet been ordered. Even if/once it is, the lengthy pre-production process and complex production a series like Squid Game requires means that a possible Season 2 may not arrive until late 2023.

That said, considering the high-octane action and emotion contained in this series, it’ll surely be worth the wait. If we can wait three years for another season of Stranger Things, we can wait for more Squid Game.

In the sequel to The Squid Game, Seong Gi-hun is a poor father trying to repay huge debts so he can offer his father a good life. After calling an unknown number, he becomes one of 456 participants in the Squid Game, a game with deadly stakes that pits people against each other in juvenile games.

The series concludes with Gi-hun winning the Squid Game. He is called by Oh Il-nam, the eldest player of the Squid Game that he beat during a game of marble, a year later. The Squid Game was devised by Himil-li-i to amuse the ultra-rich, according to Il-nam. He was one of these VIPs that used the game as a test of humanity’s natural goodness.

Il-nam is eventually found dead after one more test, which Gi-hun wins. Later, Gi-hun keeps his promises to other contestants in the Game and prepares to depart for the United States with his daughter — but then he sees a game of ddakji, the same game he played to obtain an invitation to the original Squid Game. He picks up a card from the recruiter and calls the number on it.

Fans will understand the game’s original goal at the end of the episode; maybe now Gi-hun will try to take down the game from within.

Squid Game Season 2 trailer is not out yet, but that doesn’t mean we can’t ask some questions about it! This article contains spoilers for the entire game. Read at your own risk.

A lot of people were disappointed because of Squid Game’s bad ending. The story did not explain much and there were still too many open points to be satisfied. Well, here are our answers!