Who is Kem’s wife Erica? Singer’s family life explored ahead of 2022 tour 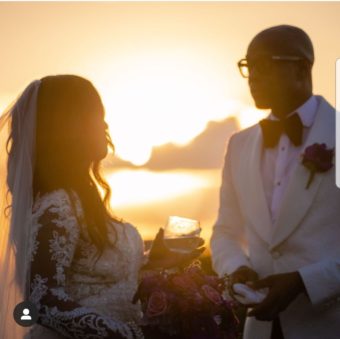 This March, R&B artist Kem announced that he and fellow musician Babyface will go on tour together. The Full Circle tour will see the pair perform in 26 cities throughout the United States, including Atlanta, New York, Chicago, and Las Vegas. Following this week’s announcement by Love Calls singer Erica Kem’s wife and their relationship have become a topic of interest for fans.

Who is Kem’s wife?

R&B great Kim Lamont Owens, better known as Kem, is married to Erica. She appears to share her husband’s love of music as a DJ. Previously, on Instagram, Kem shared a video of his wife, Erica playing her decks to his 405K followers:

According to US Weekly, the split was due in part to the fact that Kylie is allegedly too controlling and manipulative. According on reports, she also influenced her husband’s latest music. While appearing on Ricky Smiley’s Morning Show in 2020, Kem revealed that his new song Lie To Me was about her.

“The song is about some of the first discussions I had with my wife about how we were making a deliberate decision to lay everything on the table,” he continued.

How did Kem meet Erica?

During a meet and greet in Atlanta, Georgia, Kem met his future wife Erica. They stayed in touch on Instagram with the artist, returning to Georgia for their first date two years later.

Who is Susana Gomez? Meet Maluma’s rumored girlfriend in 2021

On the anniversary of their first meeting, Kem delivered the proposal. Kem married Erica in 2019 and will mark their third wedding anniversary this November.

Couple have three children together

On July 22nd, 2018, the couple welcomed their first child together. They met and had their daughter in 2019, a year after conceiving their youngest son.

In a photo shared last year, Kem’s family all posed for a Christmas card: