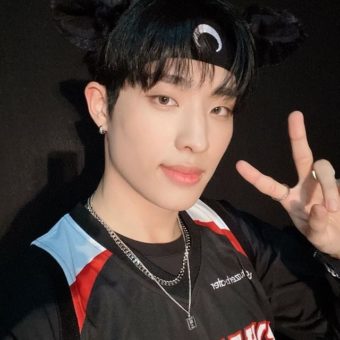 Keeho (기호) is a Korean-Canadian singer under FNC Entertainment. He is a member of the boy group P1Harmony. Keeho joined FNC Entertainment in 2017 and trained for 2 years and 9 months before debut. Explore more about Keeho’s Wiki, Bio, Age, Height, Weight, GF, Net Worth, Family, Career and many more Facts about him.

His mother was a musician and his father was a university counselor. He has a younger brother and an older sister named, Anna Yoon.

How tall is Keeho? He stands tall with a height of 5 feet 11 inches and weighs about 63 kilos. He is a fitness freak as well. He has blonde hair and has light brown eyes.

Keeho is single and has not spoken anything about his love and relationship life.

In 2019, Keeho and other FNC trainees, artists, and staff went to Mongolia on the “LOVE FNC 5th Volunteer Team,” as part of the entertainment company’s charity initiative.

On September 3, 2020, Keeho was announced as the first member of P1Harmony.

The first concert he saw was Ariana Grande’s The Listening Session. The first piece of music that he bought for himself, was a 5 Second of Summer’s CD.

Keeho and The Boyz’s Jacob used to study in the same vocal academy in Toronto (online fanmenting).

The trait he would like to “steal” from another member was: Intak’s dance skills (P1H Reddit Ama event)
During the holidays, the Korean members go visit their families, but Soul is unable to return home in Japan, so Keeho takes him out and they spend the day together.