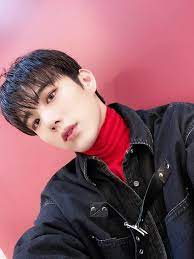 Intak (인탁) is a South Korean rapper under FNC Entertainment. He is a member of the boy group P1Harmony. Explore more about Intak’s Wiki, Bio, Age, Height, Weight, GF, Net Worth, Family, Career and many more Facts about him.

Intak was born on August 31, 2003, in Yangju, South Korea, to a yoga instructor and a businessperson. He is the oldest of three children.

Intak joined FNC in 2017 and trained for three years and eight months before debuting on P1Harmony.

In 2018, Intak appeared as a guest on the JTBC variety show I’ve Fallen For You.

In 2019, Intak, his fellow P1Harmony members (as trainees at the time), some FNC’s artists and employees travelled to Mongolia on “LOVE FNC 5th Volunteer Team”, as part of FNC Entertainment’s charity program.

On October 8, Intak alongside his groupmates starred in the movie P1H: The Beginning of a New World. He then made his debut with the group on October 28 with the mini album Disharmony : Stand Out.

On September 4, 2020, Intak was introduced as the fourth member of P1Harmony.

Intak was DJ at the stage opening of SF9’s Play Hard at KCON:Tact 3.

The first peace of music that he bought for himself was a mp3 of TEEN TOP’s song “Miss Right”.

The first concert he saw was a KBS’s Open Concert at 7 years old.