What happened to Kali Muscle, did he have a heart attack? 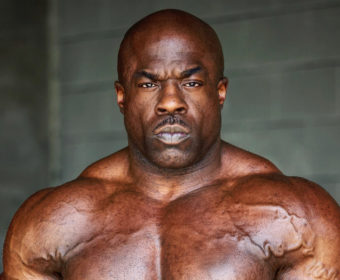 What happened to Kali Muscle? Famous bodybuilder revealed the news of suffering a massive heart attack on November 7 via his official YouTube channel.

Chuck Kirkendall, also known as Kali Muscle, was recently hospitalized after suffering a heart attack, according to Fitness Volt.

Pro bodybuilder and Mr Olympia champion Rhoden is believed to have died from a fatal heart attack, according to Generation Iron. Rhoden’s trainer, Chris Aceto, reportedly confirmed his tragic passing to close friends.

Kirkendall explained that he was recently hospitalized and needed emergency surgery after it was discovered that his left artery supplying blood to the left side of his heart was 100 percent clogged.

What happened to Kali Muscle?

Kali Muscle revealed via his YouTube channel that he had been hospitalized after suffering a heart attack, calling it the ‘scariest moment’ in his life.

Reports claim that the 46-year old was suffering chest pains that he believed were heartburns before his girlfriend took him to the hospital. According to Fitness Volt, the bodybuilder claimed that his artery was ‘100% clogged’ before taking to his YouTube channel to provide his health update.

Kali Muscle took to his official YouTube channel on November 7 to tell his fans to take care of their health as not all people receive ‘a second chance.’ The 46-year old told his fans, “Make sure you guys take care of your health.

That’s what I’ve been talking to you about anyway. And you know, God is using me as an example. Cause as we just saw, you know, RIP Shawn Rhoden.” At that moment, the bodybuilder held back tears before stating, “Some people don’t get a second chance, man. I got my twins and I gotta live, man.” Reports claim Kali will leave the hospital in a day or two after undergoing successful surgery.

Who is Kali Muscle?

Kali Muscle is an American actor, bodybuilder and entertainer from Oakland, California.

While he is best known for his workout and nutrition videos on his YouTube channel, he has also starred on screen for commercials for brands such as Geico, Honda, Snickers and Taco Bell.

Moreover, he has also starred in films such as Wonder Woman and The Dog Who Saved The Holidays.