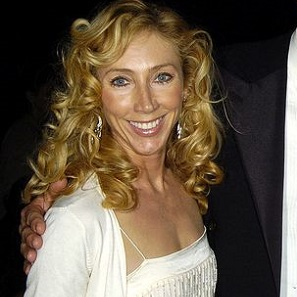 Jillie Mack is a well known and popular British actress, best known for her performances in television movies, such as ‘Silverfox’ and ‘Adventures of Nicholas at Roaring Camp’. Jillie started her career as a dancer and became famous during the initial days of her career itself, thanks to her performance in a stage play titled ‘Cats’. After showcasing her acting skills in England, she made it to Hollywood. After shifting her base to the USA, she formulated a respectable acting career for herself by appearing in series, such as ‘Magnum, P.I.’ and ‘Frasier’. In 1987, she married the ace American actor, Tom Selleck, who is best known for playing the recurring role of Richard in the popular sitcom, ‘Friends’. The couple started dating in the 80s and eventually got married in 1987, which came across as a surprise to their fans as the star couple had not disclosed about their relationship until then. After getting married, Jillie began to concentrate more on her family and thus, her acting career took a back seat. Jillie and Tom have a daughter named Hannah and an adopted son, Kevin, from Tom’s previous marriage.

Net Worth of Jillie Mack