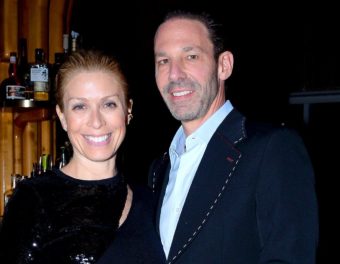 Jill Martin and her ex-fiancé Erik Brooks are giving their love another try. Brooks, a managing partner at a private equity firm, previously proposed to the Today show contributor in 2019. But Martin, 45, confirmed the pair’s split the following year, telling PEOPLE that maintaining a long-distance relationship amid the COVID-19 pandemic had “taken a toll” on them.

Now, Martin has penned an essay detailing the breakup and how their reconciliation came to be.

“Deciding to end our engagement last year was heart-wrenching,” she wrote on Today.com. “I used to say, ‘It literally takes my breath away to picture my life without him.’ But our relationship couldn’t stay the way it was. We needed a pause. A long pause. And we took it.”

Martin said “it wasn’t working” between the two at the time, and that they were “arguing more than we were getting along.”

“Energetically, the timing wasn’t right,” she continued. “We both still needed to grow. It took falling apart to build ourselves back together. I was 44 and honestly didn’t know how I was going to go on … but I did. My beautiful family supported me and assured me it would get better.”

Then, a few months ago, Martin initiated a conversation with her ex for the first time in 18 months. She said Brooks was “shocked” to hear from her but “took time to process that first conversation.”

“We began to learn about each other again,” she continued. “We wanted to make sure this time would be different. Better.”

Jill Martin is a welcome presence on the Today Show for her “Steals and Deals” and stylist role on “Ambush Makeovers”.

In May 2020, Martin revealed that she and fiancé Erik Brooks decided to split, almost one year to the date of getting engaged. Now, the Today contributor is announcing their reengagement and reveals how she made the first move toward reuniting.

During their 18-month separation, Martin sought therapy and spent time journaling and working on herself. When she reached out to Brooks for the first time after their split, they were both more evolved.

“When I called Erik on that random Thursday a few months ago, he was shocked to hear from me,” Martin recalled. “He took time to process that first conversation and then we began to learn about each other again. We wanted to make sure this time would be different. Better.”

While their first engagement was very lavish with a setting of flowers and friends and family present, the couple’s reengagement was more intimate. Brooks popped the question – again – while the two were vacationing alone in the Bahamas. Though Martin hasn’t given a wedding date, she noted that they are both focusing on their happiness together and not allowing misunderstandings to take them off course.

“Everyone’s journey is different,” she wrote. “It took me 45 years to find my fairy tale. When I realized I was confident on my own, that’s when I knew Erik and I were ready to get back together. The realistic version of my fairy tale was ready to be written.”