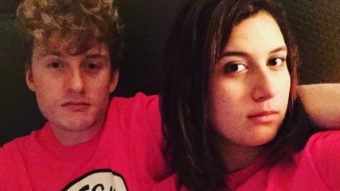 Rose Matafeo is a famous New Zealand comedian, actress, and TV presenter. She was a writer and performer on the NZ late-night comedy sketch show Funny Girls. In 2018 she won the Edinburgh Comedy Award for Best Show at the Edinburgh Festival Fringe for her show Horndog.

As her star has risen on both sides of the Atlantic, Matafeo has been praised for her relatable riffing on hapless relationships, sexual inexperience and obsessive interests. Her style is one of intense self-deprecation, sans cynicism; she is wry, big-hearted and endearingly passionate, and she also frequently taps into that baseline millennial condition: anxiety. In Horndog, Matafeo explored her insecurities about having kissed “nearly 10” men in her life, while her response to her fear of dying, aged 23, was to stage her own funeral at comedy festivals around the world.

Who Is Rose Matafeo?

Matafeo grew up in Ponsonby, Auckland, New Zealand and attended Auckland Girls’ Grammar School, where she was head girl. She has two older brothers.

Her father is Samoan and her mother is of Scottish and Croatian heritage. Her parents are Rastafarians and Matafeo has described her upbringing as “quite relaxed”.

Who Is James Acaster?

James is an English comedian.

Acaster has performed for several consecutive years at the Edinburgh Festival Fringe and has been nominated for Best Show five times.

He won the Melbourne International Comedy Festival Award for Most Outstanding Show in 2019 with Cold Lasagne Hate Myself 1999, and has won four Chortle awards.

He has appeared on several panel shows such as Mock the Week, Taskmaster, 8 out of 10 Cats, and Would I Lie to You?

Matafeo lives partly in London. When she first moved to the UK in 2015, she shared a flat in Shepherd’s Bush with comedian Nish Kumar for a while, before moving in with her then-boyfriend, comedian James Acaster. Comedian and fellow future Taskmaster alumnus, Richard Herring, was living in a house behind theirs at the time.

Matafeo was in a relationship with Acaster from 2014 to 2017, which she refers to in her HBO Max special, Horndog.

She is a fan of Burt Bacharach and named her cat “Bert Bachacat” after him.