Who are Jesse Watters’ wife and kids? FOX host trends after Fauci clash 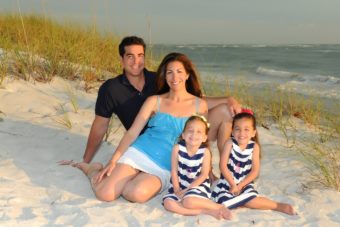 Jesse Watters is currently in the news, so fans want to know more about his personal life and wife. After his remarks about Dr. Anthony Fauci didn’t go down well with the nation’s top medical advisor, Jesse Watters is making headlines.

On Monday, Fauci responded to the remarks made by Stone while hosting a pro-Trump youth organization, Turning Point USA, at AmericaFest 2021 on December 20. Let’s have a look at Watters’ background and personal life as a result of this new media attention.

Who is Jesse Watters’ wife?

Jesse is currently married to Emma DiGiovine, a journalist and producer. The pair met on Watters’ World and allegedly began dating after she became an associate producer in 2017.

DiGiovine was subsequently assigned to The Ingraham Angle, another Fox program, after they revealed their connections. After the transition, they continued to go out. The pair met when Noelle Watters was married to TV personality Jimmy Kimmel. DiGiovine was born on March 14, 1992 in Cranford, New Jersey, making her 29 years old now. When she was 25, she met Watters; there’s a 14-year difference between them.

She attended Fairfield University as a journalism major before converting to film. In 2014, she graduated from Fairfield University with a bachelor’s degree in communications. She worked as a model for MSA Models from 2012 through 2014 while attending college, according to Heavy. DiGiovine started working at Fox in February 2015 as a production assistant on Stossel before joining Watters’ World in 2016.

In August 2019, they announced their engagement and walked down the aisle in December 2019. They welcomed their son Jesse Bailey Watters Jr in April 2021.

Who is Watters’ ex-wife Noelle?

The 43-year-old host was married to a woman named Noelle K Inguagiato.

Noelle Watters was an advertising and promotion executive at Fox, according to reports; her future husband worked for Bill O’Reilly at the network – they met in 2002. The couple got married in 2009 and had twin girls Ellie and Sophie in November of that year.

Inguagiato filed for divorce just days after Watters confirmed his relationship with his producer, which was finalized in March 2019. According to DiGiovine’s social media, the former model appears to have a positive relationship with her stepdaughters.