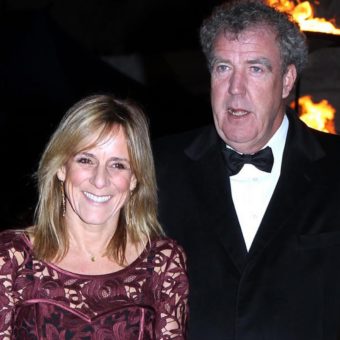 Jeremy Clarkson will see if any contestant can win big in the hot seat of Who Wants to Be a Millionaire tonight. As the former Top Gear host takes to the small screen once again, fans ask why did he and his first wife split?

Former Top Gear presenter Jeremy Clarkson currently hosts the long-running classic game show Who Wants to Be a Millionaire. Jeremy has been married twice, with his first marriage ending after a year. He is now dating girlfriend Lisa Hogan.

Why did Clarkson split from first wife?

Jeremy and first wife Alex James married in 1989. The pair are reported to have dated for six years before the couple tied the knot. However, the couple’s marriage didn’t last, and the pair chose to split just a year later in 1990.

Alex is said to have left Jeremy for his best friend, Stephen Hall, who she went on to marry. During their marriage, Alex and Stephen had two children before they divorced in 1996. Jeremy also went onto remarry, tying the knot with his second wife Frances Cain in 1993.

However, in 2011 Alex claimed she and Jeremy had a seven-year affair while he was married to second wife, Miss Hall alleged they rekindled their relationship from 1999 onwards – something he denied.

This was followed by the lifting of an injunction which restricted Alex from detailing her and Jeremy’s relationship.

Talking about the injunction being lifted on The Adrian Chiles Show in 2011 Alex said: “I still love Jeremy.

“He got the injunction because he had something to hide. “I can prove we had an affair. The truth will out. We did have an affair.”

Jeremy and second wife Frances ended up divorcing in 2014. During their 21 year marriage, the couple had two daughters and a son.

At the time it was estimated Frances would receive a large chunk of Jeremy’s fortune he had made during his successful TV career.